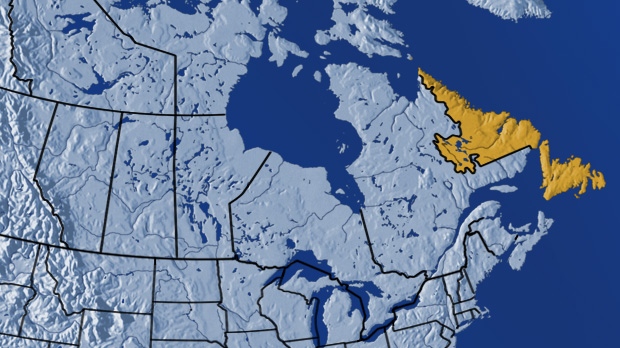 Forest fires have forced the closure of a highway running across Newfoundland's central interior, leaving several communities cut off from the rest of the island.

The Department of Transportation and Infrastructure first announced the Bay d'Espoir Highway closure on Sunday evening, citing forest fires in the area.

By 6 p.m. local time on Monday, the road was still closed as three water bombers, two helicopters and 20 firefighters worked to beat back the flames.

Crews continue to battle fires on the Baie D’Espoir Highway (Rt 360). The route will remain closed to traffic until further notice, and people should avoid the area. We thank the crews who are working hard and thank the public for their patience. #GovNL https://t.co/ieFh4tPwd7 pic.twitter.com/Zdp6uFwqfw

An update earlier in the day from the Department of Fisheries, Forestry and Agriculture said there were four out-of-control fires in the central region of the island.

The Bay D'Espoir Highway is the only road connecting towns such as Harbour Breton, Hermitage and Conne River to the Trans-Canada Highway, which is the main provincial highway across Newfoundland.

The long, rural road runs north to south, perpendicular to the Trans-Canada Highway and links towns along Newfoundland's southern coast with the rest of the island.

This report by The Canadian Press was first published July 25, 2022.