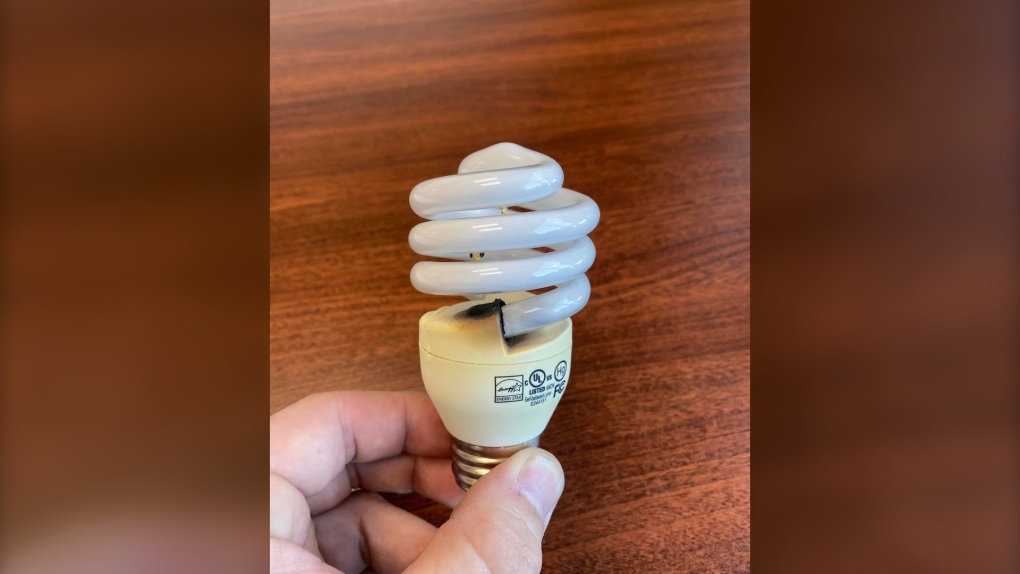 People with compact fluorescent light bulbs in their homes are being advised to check for signs of flickering, scorching or overheating. (Greenwich Fire Department)

Firefighters are advising people to check their compact fluorescent light bulbs after a nursing home in Greenwich, N.S., was evacuated on Wednesday.

Fire crews were dispatched to a fire alarm activation at the Shannex Blomidon Court nursing home facility on Jessica’s Way at 9:15 a.m. They were told there was a possible electrical fire in the building and smelled smoke in two of the four wings of the facility when they arrived.

Residents in the affected areas were then evacuated to a safe location within the building as a precaution.

The Greenwich Fire Department says the cause of the smoke was eventually traced to a malfunctioned compact fluorescent light bulb in a light fixture in a common area.

Residents returned to their rooms shortly after 10 a.m. and no one was injured.

In a Facebook post, the fire department advises people with compact fluorescent light bulbs in their homes to check for signs of flickering, scorching or overheating. They say those signs are common with bulbs near the end of their life span. They add that any bulbs found in those conditions should be immediately replaced.

Turkey's leader and the UN chief met in Ukraine with President Volodymr Zelenskyy on Thursday in a high-powered bid to ratchet down a war raging for nearly six months. But little immediate progress was reported.