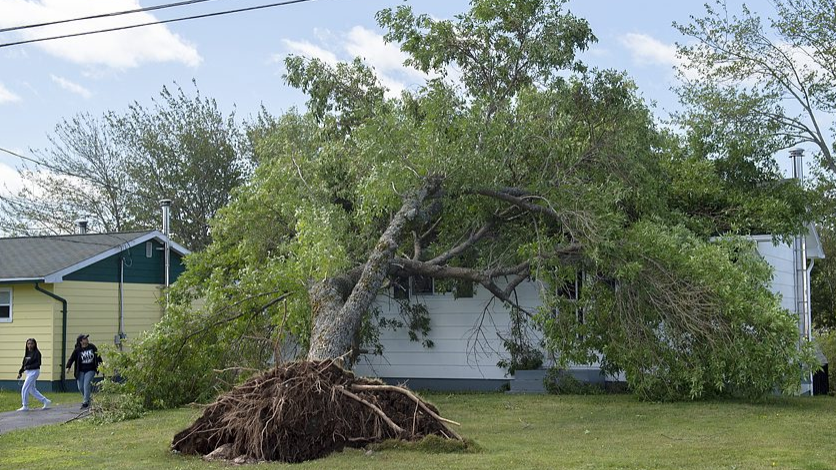 An uprooted tree rests on the roof of a residence in Dartmouth, N.S. on Sunday, Sept. 8, 2019. Hurricane Dorian brought wind, rain and heavy seas that knocked out power across the region, left damage to buildings and trees as well as disruption to transportation. THE CANADIAN PRESS/Andrew Vaugha

HALIFAX -- Hurricane Dorian caused more than $100 million in damages to Atlantic Canada, according to a report from the insurance industry.

A little less than a month after Hurricane Dorian hit Atlantic Canada, the insurance industry released numbers on the cost of damages in this region.

Halifax, Moncton and much of Prince Edward Island sustained a large portion of the damage.

The Insurance Bureau of Canada says the cost of Dorian is more than $105 million and $62 million of that was in Nova Scotia.

"When we look at where that damage was allocated, 70 per cent of that was to home insurance, so personal property insurance, 25 per cent went to commercial businesses, and the remaining amount went to auto," said Erin Norwood of the Insurance Bureau of Canada.

The Insurance Bureau of Canada says the severity of storms in this region is becoming more frequent and as a result, the insurance industry is seeing an increase in weather-related claims.