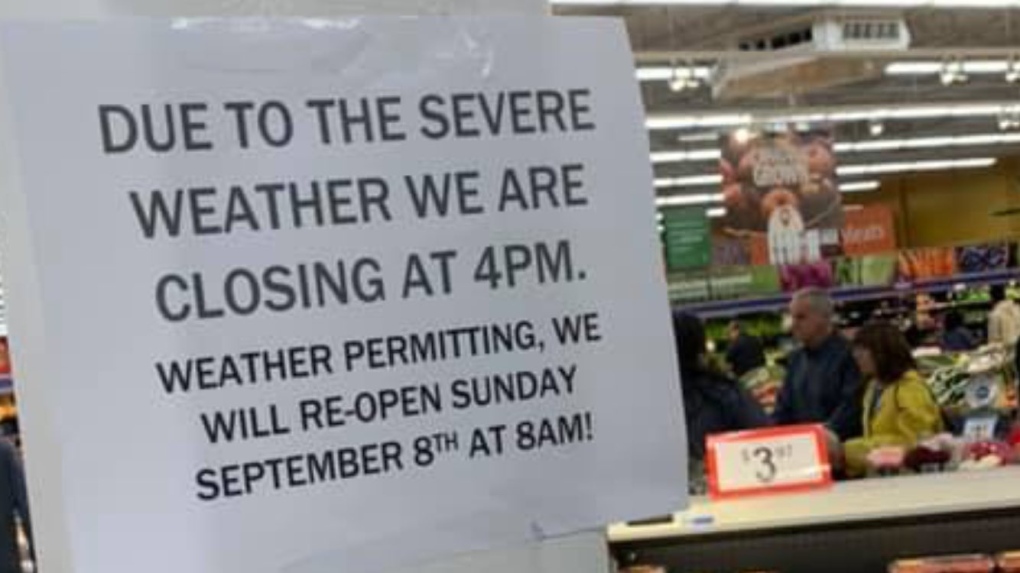 Many stores across the Maritimes are closed for Saturday September 7, due to Hurricane Dorian.

• Marine Atlantic Ferry crossings were cancelled for Saturday and will also be cancelled on Sunday. They will continue to monitor the weather for crossings on Monday.

• Ferry crossings between PEI and Nova Scotia with Northumberland Ferries were cancelled for Saturday. Disruptions are also expected for Sunday, September 8.

• All sailings for Bay Ferries' MV Fundy Rose were cancelled for Saturday, an update has yet to be provided for Sunday.

• Halifax Transit says service is suspended on all routes, including the ferries, for the remainder of the day. T3 Transit on Prince Edward Island is operating on their regular schedule on Saturday. Codiac Transpo in Moncton says their buses are expected to run throughout the weekend. Kings Transit in Kentville finished service as of 12pm Saturday. Regular service will resume Monday, September 9. Cape Breton Transit is up and running, however there are general service delays on all routes due to road closures and debris. Route 14 CBU Sunday Service is delayed, there is no service between Gardiner Road and Tim Hortons in Reserve, and there is no service in Dominion

• Nova Scotia 511 says Nova Scotia Highway 104 from Thomson Station to the Cobequid toll booth is closed as of 2pm Saturday. As of Sunday, Chandler Cove road, Chester is also closed due to downed power lines. Londonderry Station Road in Colchester County is closed until further notice due to downed power lines. The road to Peggys Cove, Lawrencetown Road, and Highway Number 7 into Seaforth and Chezzetcook have been closed.

• The Englishtown Ferry have been suspended due to the weather.

• The Confederation Bridge is open to all traffic.

• Halifax Stanfield International Airport is experiencing flight delays, cancellations, and changes. Passengers are encouraged to confirm their flight status before heading to the airport. Flights coming to and from the Saint John Airport are back on track with the exception of flight ACA7768 to Halifax and flight ACA7767 from Halifax. Early morning flights at Greater Moncton Roméo LeBlanc International Airport were cancelled, those set to depart after 9 a.m. Sunday are currently on time. Flights arriving or departing from the Charlottetown Airport after 11 a.m. Sunday are on schedule.

• Halifax Shopping Centre will remain closed on Sunday. They plan to open with regular hours on Monday.

• The NSLC will be open for their regular Sunday hours of 12-5 in areas that have power and where it is safe for their employees to get to work. They are asking customers to call ahead to ensure the store you plan to visit is open.