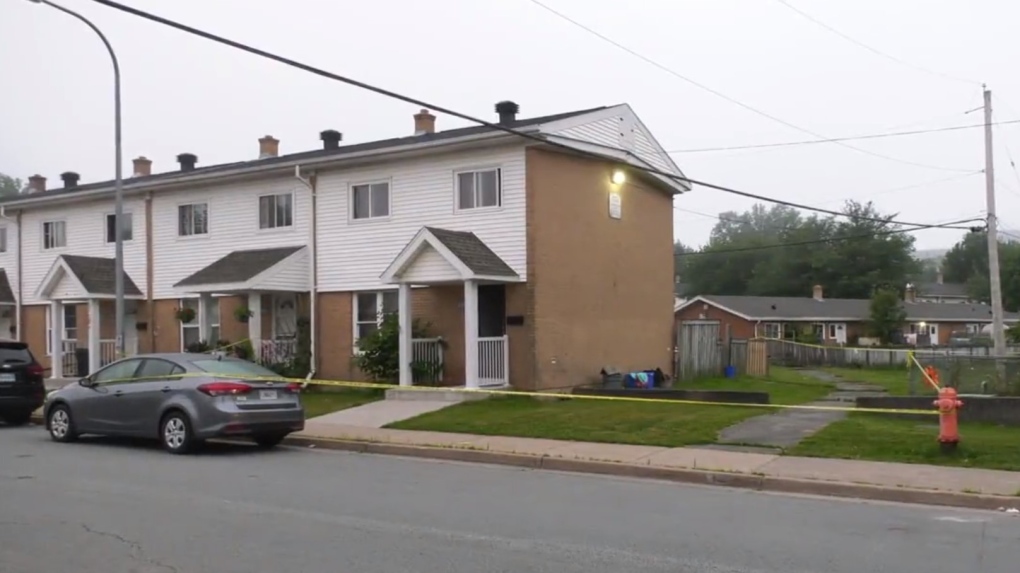 Police investigate a shooting in the area of Micmac Street and Chisholm Avenue in Halifax on Aug. 5, 2022.

A man is facing a dozen charges after police responded to two shootings and a collision in Halifax Thursday night.

The first shooting was reported to police around 10:30 p.m. in the area of Micmac Street and Chisholm Avenue.

Police say a home had been struck by bullets, but no one was injured.

A dark-coloured vehicle was seen in the area at the time of the shooting, according to police.

Police tape cordons off large green space in between row houses near corner of Micmac and Chisholm St. Police say they were called around 10:30 pm last night to reports of gunshots in the area. No injuries. Investigation continues.@CTVAtlantic @Move100Halifax @VirginRadioHali pic.twitter.com/TrEQujo9cB

About 15 minutes later, at 10:45 p.m., police received a report of gunshots in the area of Bently Drive.

Officers found evidence of a shooting in the area, but there were no reports of injuries or property damage.

Two hours later, around 12:45 a.m., police found a vehicle that had crashed into a power pole in the area of Lacewood Drive, near Lincoln Cross Drive.

Police say the vehicle matched the description of the vehicle seen at the time of the first shooting, and they found evidence that shots had been fired inside.

Officers allegedly seized a loaded handgun from the vehicle and arrested the driver.

Shiquawn Marcel Upshaw-Paris, 26, is facing nine weapons charges, including possession of a weapon dangerous to the public peace, unsafe storage of a firearm, and possession of a loaded prohibited or restricted firearm, among others.

He is also facing three counts of breach of a court order, for a total of 12 charges.

Upshaw-Paris was set to appear in Halifax provincial court on Friday.

Police say the investigation is in the early stages and they are trying to determine if the incidents are related.