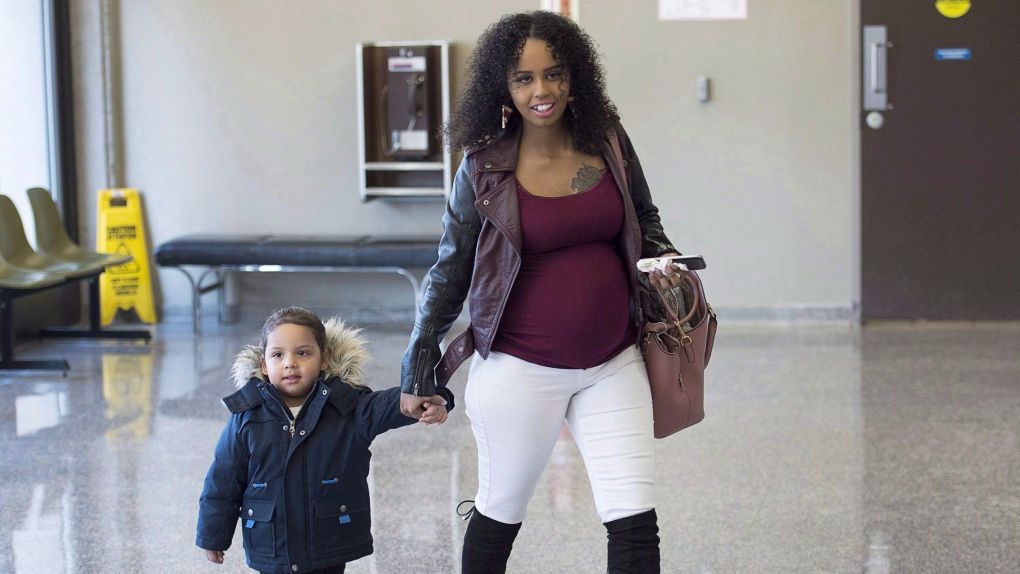 HALIFAX -- Supporters of a former Somali child refugee facing deportation called on the Nova Scotia government to intervene on his behalf Tuesday, although it appears the appeal fell on deaf ears.

Abdi, who was not granted Canadian citizenship while growing up in foster care in Nova Scotia, was detained by the Canada Border Services Agency after serving five years in prison for multiple offences, including aggravated assault.

A deportation hearing for the young man is scheduled to begin Wednesday in Toronto, after a Federal Court judge rejected a bid to delay the process,

"I think that it is really unfair of the government to deport my brother, all because the Department of Community Services failed both of us on getting our Canadian citizenship," said Fatuma Abdi. "They are not taking responsibility for it and that angers me on his behalf."

When asked during question period whether the province would oppose Abdi's deportation, Community Services Minister Kelly Regan would only say the province had been in contact with federal officials.

"We have done everything possible to assist," she told the legislature.

McNeil said his government had told federal officials the province provides children under its care with information about citizenship.

"We provide all of the options but we can't force someone to do anything," he said. "In some cases, we would keep children into adulthood ... we would ensure that they would recognize that this (citizenship) is an option, but they need to make that decision on their own."

Sociologist Robert Wright said there should be a review of the treatment of black children and immigrants in Nova Scotia's child welfare system.

"Though his (Abdi's) fate seems now to be in the hands of federal public safety and immigration authorities, we must not forget that his troubles began through the systemic failures he experienced within the provincial child-welfare system," said Wright.

Wright said Abdi entered provincial care shortly after arriving in Canada at the age of six. He was subsequently shifted 31 times between foster homes, while losing his native language and developing behavioural problems that were not adequately treated, he said.

Those problems led to problems with justice system, where the earlier failure to secure citizenship now means he faces deportation.

The group made six recommendations for Ottawa and the province aimed at preventing the same thing from happening again.

When McNeil was asked about the call for a review of the treatment of minority children, he sidestepped the specific question and pointing to his support for the inquiry into decades of alleged abuse at a former Halifax orphanage -- the Nova Scotia Home for Colored Children.

"It is about the issue of minorities coming into care and how they have been treated," he said.

Abdi was born in Saudi Arabia in 1993. After his parents divorced, his mother -- fearing persecution if she returned to Somalia -- fled to Djibouti, where the family obtained refugee status.

His biological mother died in the refugee camp when he was four, and two years later he came to Canada with his sister and aunts.