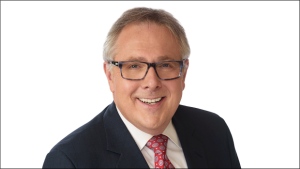 Steve Murphy is a special correspondent, commentator and analyst for CTV News (Atlantic).

He was previously Executive News Editor and Anchor of CTV News at Six, stepping down in December 2021, after 29 years.

He started his career in 1977 at CFBC Radio in Saint John, N.B. As host of “The Hotline” on CJCH radio in Halifax, he was twice nominated as Canada’s best phone-in broadcaster. He served as principal host of CTV’s 5 o’clock news broadcast for seven years.

Steve has hosted hundreds of live remote broadcasts and has interviewed scores of major newsmakers including five Canadian prime ministers and dozens of provincial premiers. He has also anchored CTV National News and is a contributor to other CTV national news broadcasts.

In 2012, he was recognized with a Lifetime Achievement Award by the Radio Television Digital News Association (RTDNA). He is also a recipient of St. Thomas University’s Eldred Savoie Award for Excellence and Dedication in Journalism.

Steve has supported dozens of community organizations and charities in various volunteer capacities, playing a role in raising more than $130 million. He served two years as co-chair of the United Way’s Halifax Campaign and chaired the Christmas Daddies Fundraising Association for 15 years. He hosted the annual “Christmas Daddies” broadcast for 40 years and the “IWK Telethon for Children” for close to 25. He is an honourary trustee of the IWK Foundation.

Steve Murphy is the proud father of daughter, Nora and son, Brendan.