A Nova Scotia community is rallying behind Kevin Bacon, a beloved pig in desperate need of a wheelchair.

It's a long road to recovery for Kevin Bacon -- better known as “Kevy B” by his friends and loved ones. The nearly two-year-old pot bellied pig was injured during a recent road trip to get his favourite snacks earlier this month.

Now, he's recovering at home with his owners Carrie Rhindress-Frenette and her husband Steve Frenette. The couple own a doggie daycare and training centre in Upper Nappan, N.S., near the town of Amherst.

"He had a little bit of an accident in the car on the way there and he managed to get quite hurt," said Rhindress-Frenette. "His back-end got paralyzed and he broke two parts of his spine."

His recovery time is expected to take eight weeks. To make matters worse, he'll need a wheelchair and a lift ramp to get up and down the stairs of the two-storey building.

Kevy B was in the process of being trained to become a therapy pig and routinely made public appearances around Amherst.

That's why several business and people in the community have begun holding fundraisers to help pay for his recovery costs. Online auctions, 50/50 draws, even key chains, cookies and blankets with Kevy's likeness are available. 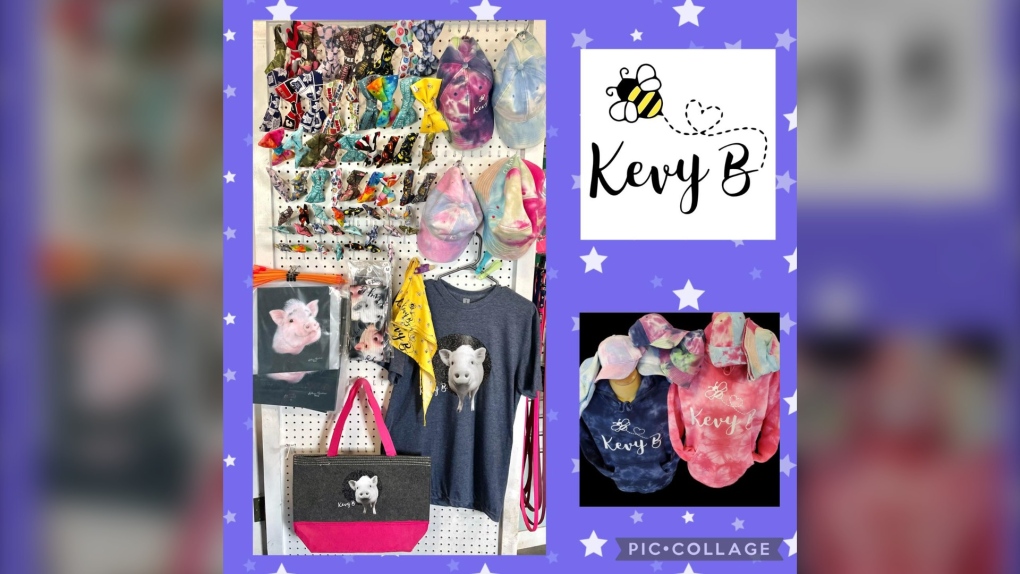 Underground Graffix owner Shane Kelly said Kevy B has done a lot of good things in the community and he's helping raise money too.

"He's brightened a lot of lives. He goes out with kids on birthdays and all that kind of fun stuff. So, I think it's time for us to turn around and help out Kevy and do what we can for him now," said Kelly.

Rhindress-Frenette said the best case scenario for Kevy B is he'll have his wheelchair in three to four weeks.

For updates on his journey, go to the Chronicles of Kevin Bacon page on Facebook.