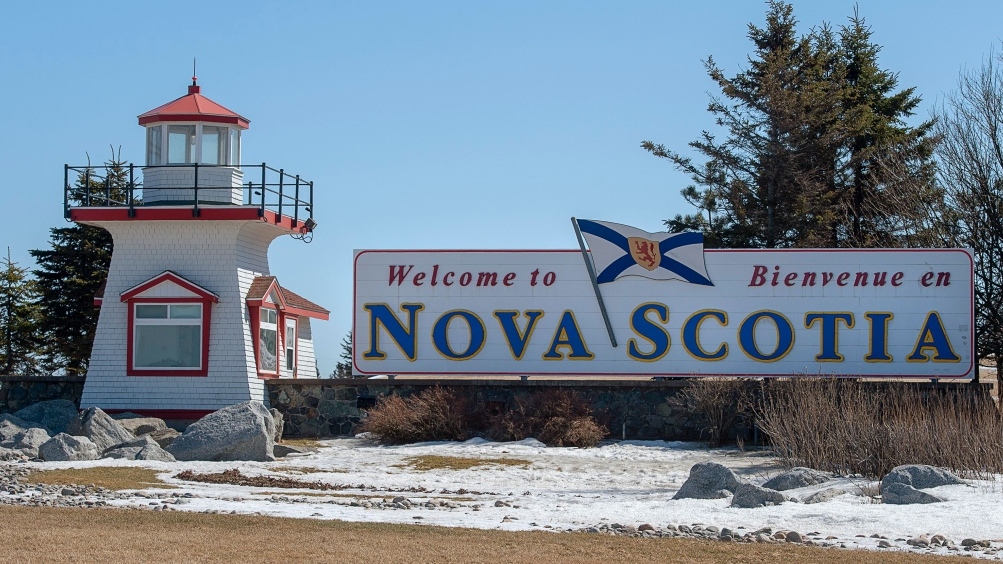 Travellers are greeted as they arrive in Nova Scotia near Amherst, N.S. (THE CANADIAN PRESS/Andrew Vaughan)

Nova Scotia is launching a recruitment campaign to increase workers in health care and the skilled trades to support labour market needs.

The campaign is part of a larger strategy to double the current population of Nova Scotia to two-million by 2060 – adding an average of 25,000 more people to Nova Scotia each year.

“Nova Scotia is no longer a ‘best kept secret.' People are realizing this is one of the best places on earth to live and work,” said Houston, in a news release on Monday. “Our population is growing at record rates. We want health-care workers and skilled tradespeople to know there’s both a great life and a great job waiting for them. I invite them to come to Nova Scotia and see for themselves.”

In order to support the province's growth goal, Nova Scotia is creating a team of navigators to connect health-care professional and tradespeople with the information they need to support their move.

"The province will return provincial taxes on the first $50,000 of income for workers aged 30 years and under in designated trades," read a release.

The province is also launching a targeted campaign to promote Nova Scotia’s growing job opportunities. It will include TV, radio, billboard, and all forms of digital advertising.

"There is truly no better place to work, study, live and raise a family. As Nova Scotia continues to grow, we’ll continue to target and encourage the workforce we need to support that growth. That’s how everyone thrives," said Pat Dunn, minister of communities, culture, tourism and heritage

“We are unabashedly asking for workers in the trades and in health care to make Nova Scotia their home,” said Jill Balser, Minister of Skills, Labour and Immigration. “We are an energetic, innovative province that welcomes ideas and contributions from all. For those just starting out in their careers, we offer financial incentives to attract young people and a lifestyle that’s sure to get them to stay. And we have opportunities in other sectors as well. Everyone is welcome.”

The Department of Communities, Culture, Tourism and Heritage is also relaunching the successful Work from Nova Scotia campaign from 2020-21.

This campaign encourages Canadians who work remotely to relocate or come to Nova Scotia for longer stays, highlighting the province’s communities, coastal lifestyle and world-class experiences.

What is going on with Bill C-11, the government's online streaming legislation?

The Liberals have spent years trying to pass online streaming legislation and now the current iteration, known as Bill C-11, is closer than ever to passing. With a potential parliamentary showdown ahead, here's what you need to know about how the contentious Broadcasting Act bill got to this stage.

What should Canada be doing about climate change? 25 recommendations

The national Net-Zero Advisory Body released 25 recommendations Friday for how Canada can adjust its climate plan to reach net-zero emissions by 2050 — a goal that the country is not on track to reach right now, according to the report.

The federal government posted a budgetary deficit of $3.6 billion in the first eight months of the fiscal year.

What looks like a giant teddy bear’s face peering into space from the surface of Mars is actually a satellite image of some craters and a circular fracture, scientists say.

The Supreme Court of Canada has ruled that a mandatory minimum sentence of four years for firing a gun at a house is unconstitutional.

Though you won't be able to sit on the old, cracked pleather benches and take in the thick smell of gravy and fries, while the gentle sound of clanging dishes provides the soundtrack for your lunch, Zellers plans to roll out food trucks for those 'craving a taste of nostalgia.'

Conservative Leader Pierre Poilievre doubled down on his belief that "everything feels broken" Friday, as he laced into Prime Minister Justin Trudeau for suggesting otherwise.

Thousands of Maritimers still without power after Thursday storm

Thursday’s wet and windy storm has knocked out power to thousands of people in the Maritimes, most of which are in Nova Scotia.

Freedom rally supporters are expected to congregate near the southern Alberta border town of Coutts on Saturday and RCMP officials say motorists in the area should expect to face highway delays.