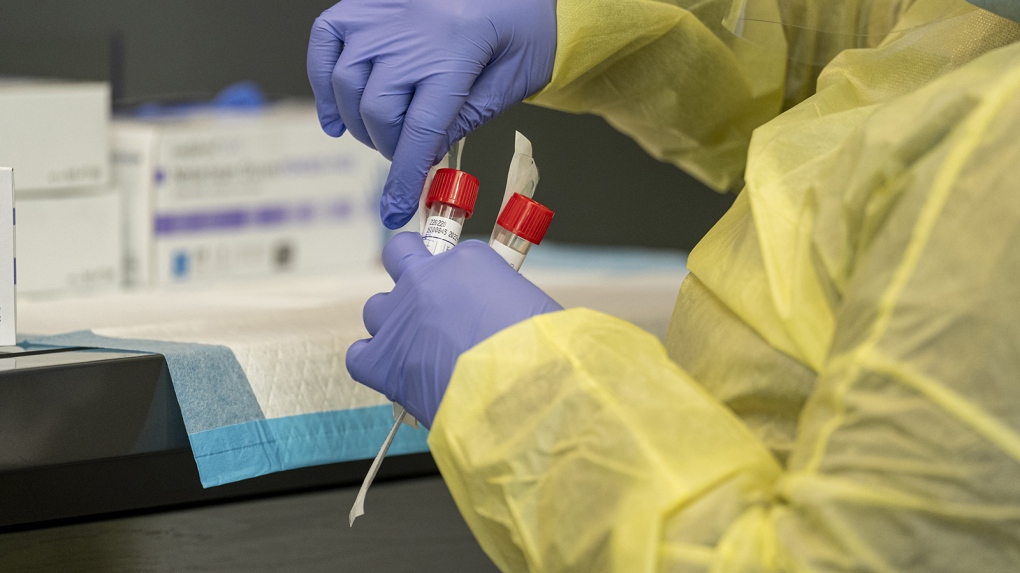 Pictured is a medical worker sealing a test tube with a COVID-19 nasal swab at a testing site in California, on December 2. (David Paul Morris/Bloomberg/Getty Images/CNN)
ST. JOHN'S, N.L. -

Newfoundland and Labrador will end its COVID-19 restrictions, including mask and vaccination requirements and gathering limits, as of March 14.

As part of a phased-in approach, Fitzgerald said that beginning Feb. 21 informal gatherings will be limited to 25 people while retail stores will have no capacity restrictions.

As well, Fitzgerald says sports teams will be able to travel to compete outside their region but will only be allowed to play one game per day.

She says a second phase beginning Feb. 28 will see the lifting of all border controls and travel restrictions while rapid testing will become voluntary.

As of March 14, capacity and gathering limits will be removed and it will no longer be necessary to wear a mask or show proof of vaccination to enter public venues.

"Masking will continue to be strongly recommended beyond March 14," Fitzgerald added.

She characterized the announced changes as "not the end, but the beginning of the end."

"COVID will be here for a long time, perhaps in seasonal waves, perhaps not," Fitzgerald said. "As a society we must learn to live with the virus and be ready to adapt."

Three more COVID-19-related deaths were also reported, bringing the total number of deaths to 60 since the onset of the pandemic.

This report by The Canadian Press was first published Feb. 16, 2022.