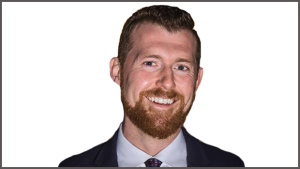 Nick Moore is a Halifax-based videographer with CTV Atlantic.