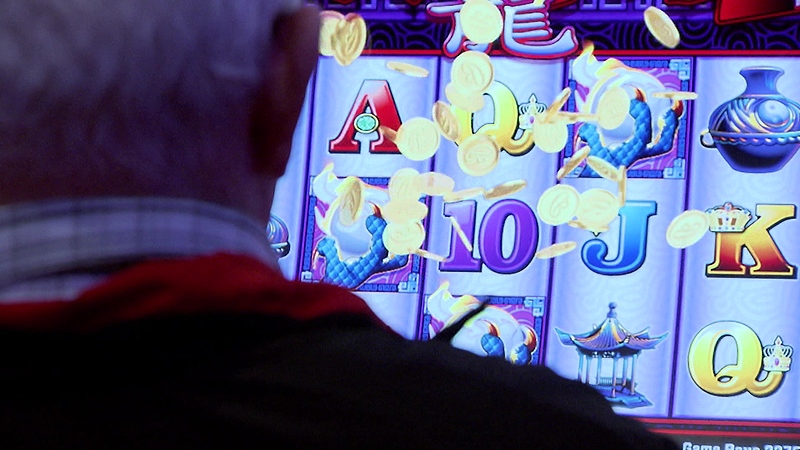 The changes are included in legislation that implements measures in the spring budget and are retroactive to May 2, 1991, when the province introduced VLTs.

HALIFAX -- Wary of the potential for costly lawsuits related to video lottery terminals and other forms of gambling, the Nova Scotia government moved Tuesday to protect itself from any related legal action.

Proposed changes to the province's Gaming Control Act would give the government, its ministers, the Nova Scotia Gaming Corporation, the Atlantic Lottery Corporation and casino operators immunity against class-action lawsuits and liability for punitive damages.

The changes are included in legislation that implements measures in the spring budget, and they are retroactive to May 2, 1991, when the province introduced VLTs.

Finance Minister Karen Casey said the protection does not apply in situations of alleged negligence or omission by operators.

Casey called the move a "wise and prudent step" given an ongoing lawsuit involving VLT gaming in Newfoundland and Labrador that is currently before the Supreme Court of Canada.

"We need to be prepared here so that taxpayers are not on the hook for something that may come out of the legal action," said Casey.

The minister said the change is similar to one passed by the New Brunswick legislature in December and would likely be considered by the other partners in the Atlantic Lottery Corporation, Newfoundland and Labrador and Prince Edward Island.

Casey said gambling is "a choice" that Nova Scotians use for entertainment, however she conceded that misuse can lead to addiction.

"We believe it is an individual's choice but we also recognize that we have a responsibility to help those who may be struggling," she told reporters.

The Supreme Court case combines two challenges resulting from a Newfoundland and Labrador Court of Appeal decision that enabled a class action alleging VLTs are inherently deceptive, addictive and illegal under the Criminal Code.

The action includes as many as 30,000 people in that province who paid the Atlantic Lottery Corporation to gamble on VLT games any time after April 2006, and the outcome could have implications for such gaming across Canada.

The corporation insists the highly regulated electronic games are decided only by chance.

According to the provincial budget tabled last week, Nova Scotia made $145.3 million from all forms of gambling activities last year.

Premier Stephen McNeil said the money made from gambling is not why the province hasn't instituted an outright ban on VLTs.

"We believe it's better in a regulated environment and you take steps around supports for those who become addicted to gambling in general," he said.

Progressive Conservative Leader Tim Houston said generally he doesn't believe taxpayers should be liable for government policies toward gambling that it should be responsible for.

He said the focus should be on improving access to mental health services for people who become addicted.

"I think that's a large issue in the province right now is access to those services," Houston said.

According to the province, Nova Scotia currently has 2,030 off-reserve VLTs, with more than 1,200 of the machines removed by attrition since the Responsible Gaming Strategy went into effect in 2005 and was updated in 2011.

There are currently 651 active VLTs on First Nation sites.

This report by The Canadian Press was first published March 3, 2020.