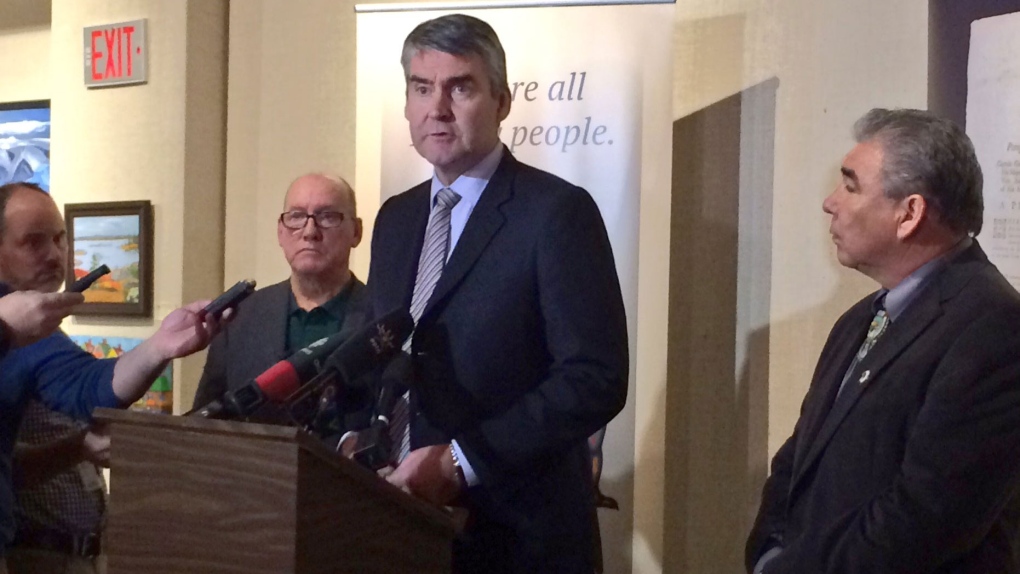 Premier Stephen McNeil apologizes for a government legal brief that implied members of a First Nation band are a conquered people. (FILE PHOTO)

HALIFAX -- The Nova Scotia Court of Appeal has rejected the province's attempt to invoke solicitor-client privilege in the case of a former Crown lawyer who plans to sue it for constructive dismissal and abuse of public office.

In a written decision released Thursday, a three-member panel upheld a lower court ruling in Alex Cameron's favour that waived the government's privilege as it attempted to keep private internal government communications related to his case.

Cameron was removed as government counsel in an Aboriginal rights case in December 2016 after suggesting in a legal brief the Mi'kmaq were a conquered people who were owed no duty of consultation.

The brief was part of the government's defence when the Sipekne'katik Band sought to overturn provincial approval of a plan by Alton Gas to store natural gas in salt caverns near the Shubenacadie River.

Amid an outcry from the Mi'kmaq and others, the government withdrew the brief and disowned the argument.

The province has 30 days to appeal the latest ruling to the Supreme Court of Canada, although Premier Stephen McNeil told reporters Thursday no decision on an appeal has been made.

The court said its decision was based on fairness.

"It would be manifestly unfair to allow the province to hide behind solicitor-client privilege while at the same time impugning the conduct of its solicitor," Justice David Farrar wrote in the appeal ruling.

Cameron, who had a 26-year career with the province, retired on April 30, 2017 and served legal notice on the government two days later.

In his affidavit, Cameron said the premier and then-justice minister Diana Whalen suggested he acted without instructions, or even contrary to instructions, in making the conquered peoples argument.

He said the arguments "were in accordance with" the instructions he was given.

On Thursday McNeil said his position has never changed regarding what happened.

"At no time did I have any indication that was the argument," he said. "It's my understanding no one instructed him to do that."