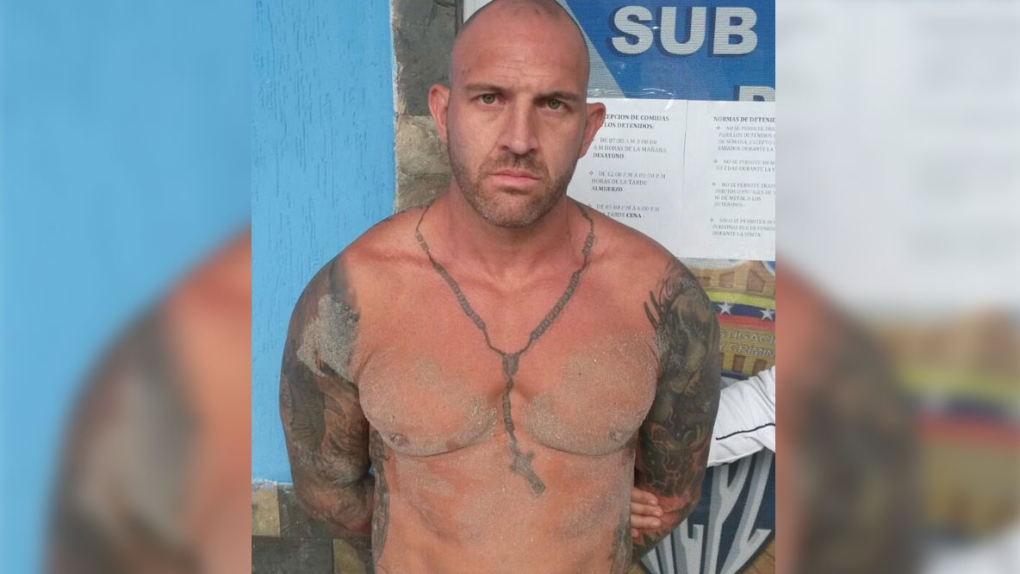 Steven Douglas Skinner is shown after being arrested in Playa El Yaque, on Margarita Island in Venezuela. (HO - CICPC)
HALIFAX -

A man who was a fugitive in Latin America for five years after fatally shooting another man in Nova Scotia has had his parole conditions changed.

In a decision released Thursday, the Parole Board of Canada says Steven Douglas Skinner is allowed to visit his girlfriend but must continue to live in a halfway house after successfully completing his six-month day parole that was granted Oct. 29 of last year.

The parole board notes that Skinner is still subject to the same conditions, including that he avoid known criminals, avoid contact with the family of his victim and abstain from drugs and alcohol.

Skinner was released on day parole after serving two years of a six-year sentence for manslaughter.

He had been sentenced to an 11-year prison term for manslaughter in September 2019 following the April 2011 death of Stacey Adams in Lake Echo, N.S.

He was initially charged with second-degree murder but pleaded guilty to the manslaughter charge after a deal was struck between Crown prosecutors and his defence lawyer just before his trial.

During sentencing, Skinner was given five years credit for the time he spent in custody awaiting trial, leaving six years to serve on his prison sentence.

Shortly after Adams' death in 2011, an international warrant was issued for Skinner's arrest after he initially fled to Mexico.

He was arrested by Venezuelan authorities on Margarita Island in 2016, and was extradited to Canada in 2017.

This is a corrected story. A previous version said Skinner could move out of the halfway house.