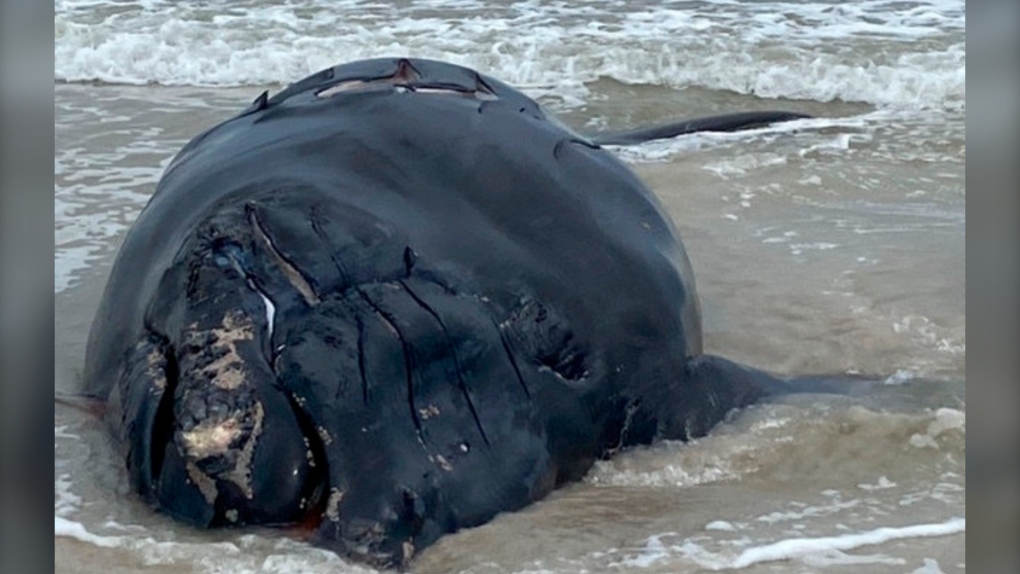 Most ships along the United States east coast are exceeding speed limits imposed to protect endangered North Atlantic right whales, according to a report released Wednesday by an ocean advocacy group.

Oceana tracked ships between 2017 and 2020 along the U.S. east coast and discovered 90 per cent of the boats violated mandatory speed limits. And in areas where speed limits were voluntary, non-compliance was close to 85 per cent, the group said in its report.

Webber is calling for greater enforcement of speed limits by the National Oceanic and Atmospheric Administration (NOAA) in U.S. waters. "Until speed-zone rules are mandatory and violators held accountable, North Atlantic right whales will continue to die on NOAA's watch."

Oceana says collisions with vessels are a leading cause of injury and death for right whales. Another cause is entanglement in fishing gear. It's estimated there are fewer than 400 North Atlantic right whales in existence.

Kim Elmslie, campaign director for the Canadian wing of Oceana, says compliance with mandatory speed limits in Canadian waters is much higher than in U.S. waters. She credits that high compliance to several factors, including stronger enforcement in Canada. Ships in the Gulf of St. Lawrence, she adds, are restricted to confined shipping lanes while those on the U.S. east coast are travelling in many directions to serve a large number of ports.

"(Transport Canada) tracked 2,463 vessels since the (speed limits) went into place at the end of April and of those, they've only found 147 that have been above the limit in mandatory areas," Elmslie said in an interview Wednesday. "They do seem to be having good compliance and they have a tremendous amount of surveillance that is going on in those areas."

Elmslie, however, says to protect the endangered whales Transport Canada should replace voluntary speed limits in areas such as the Cabot Strait with mandatory limits.

In the past four years, the Canadian government has imposed a series of measures to protect the whales, including periodic fisheries closures and mandatory speed limits that apply to much of the Gulf of St. Lawrence but not the Cabot Strait.

This report by The Canadian Press was first published July 21, 2021.