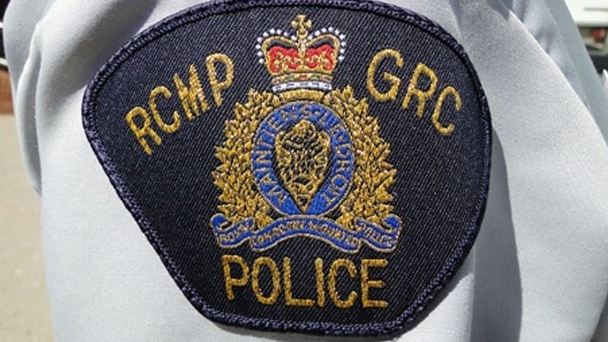 An RCMP logo is shown on a uniform, in this undated file photo.

HALIFAX -- Nova Scotia RCMP say a 38-year-old man is in hospital after being stabbed in a vehicle early Saturday morning in Shubenacadie.

According to police, the man, who is from Upper Stewiacke, N.S., has non-life threatening injuries.

Police say at around 2 a.m., they responded to a stabbing after an altercation broke out in a vehicle travelling on Hwy 2.

Two other people were in the vehicle during the incident, and police say nobody else was injured.

The suspect, a 37-year-old man from Elmsvale, N.S. has been charged with assault with a weapon.

He is scheduled to appear in Truro Provincial Court on April 28 at 9:30 a.m.

The RCMP say they believe the two people involved were known to each other.

A previous version of this story, reporting information from the RCMP's original media release, said the victim was a 24-year-old from Stellarton, N.S.

The RCMP has since issued a correction, and we now know the victim is a 38-year-old man from Upper Stewiacke, N.S.