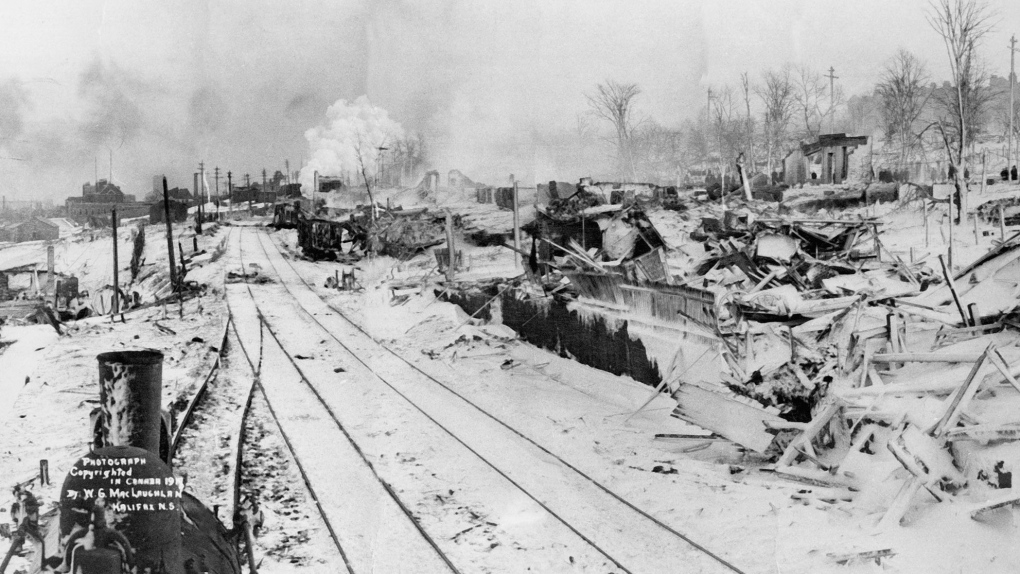 The aftermath of the Halifax Explosion is seen in the city. (The Canadian Press)

Halifax is issuing a call for an extremely specific kind of centenarian -- one who survived the massive blast that ripped through the city 100 years ago.

There are currently no confirmed living survivors of the Halifax Explosion, which killed about 2,000 people and levelled much of the city when a cargo ship carrying explosives collided with another vessel on December 6, 1917.

As part of the 100th anniversary, a special advisory committee to regional council is searching for living survivors.

Committee chairman Craig Walkington said survivors would likely have had to be three or four years old to have their own personal memories of the blast.

"There's a slim chance we could find someone with their own personal recollections from the explosion," he said in an interview. "They would have to be 103 or 104, but theoretically there might be somebody with a vague memory of it."

Walkington said the committee has been contacted by dozens of children and grandchildren of survivors since it launched more than two years ago.

"We've received several letters and numerous emails from relatives of survivors," he said. "We were recently contacted by somebody who said their mother was 105 and survived the explosion. If that's the case, she could potentially have her own memory of the events."

Walkington said any survivors will be asked to attend the commemorative ceremony in December, where they will be formally recognized.

Survivors of the devastating explosion will help humanize the events that rocked the city 100 years ago, he said.

"We're trying to turn it from a stat -- nearly 2,000 people died, nearly 10,000 people were injured -- into someone's story," Walkington said."If you're able to put a name on it, you can illustrate the trauma and strategy that occurred."

For example, Walkington said the committee was contacted by a Missouri woman whose grandmother lost four children in the explosion.

"The children were very close to the point of the explosion and we're told nary a bone was found," he said. "She moved to the United States soon after."

Committee member David Sutherland said it's "biologically possible" they will track down a handful of living survivors.

"We don't currently know of living survivors," the Dalhousie University adjunct history professor said. "But we have had some relatives reach out to us to indicate that a survivor is still alive, so we're following up on that."

Yet he said most stories and recollections will likely come from relatives, the archives and history books.

"The ones who went through the disaster as adults often clammed up and wouldn't talk about it," he said.

The city issued the call for living survivors on social media Wednesday. Residents with information about survivors are asked to contact the municipal clerk's office.

Halifax holds a ceremony every year at Fort Needham Memorial Park to remember the victims of the disaster.

This year, the ceremony will include a minute of silence at 9:04 a.m., the time of the explosion, which will begin with a cannon blast and end with the ringing of a ship's bell.

The guest list for the 100th anniversary ceremony is expected to include Prime Minister Justin Trudeau and Governor General David Johnston.

Commemorative services are also expected to be held at churches across the city, including at St. Paul's Church on the Grand Parade, where the names of Halifax Explosion victims will be projected onto the church. 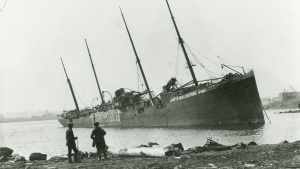