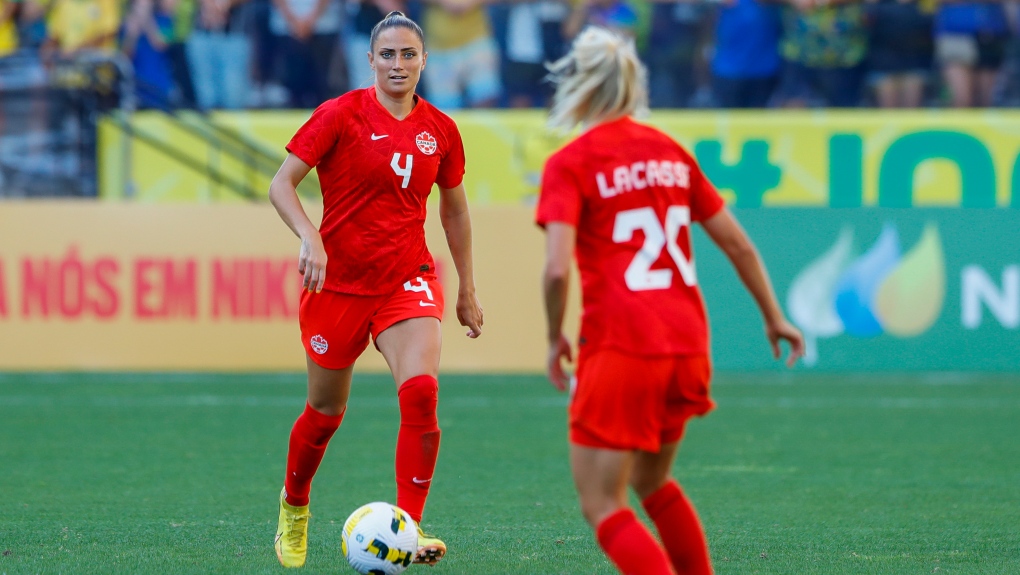 Canadian women might soon be able to play professional soccer in their own country, which is welcoming news to those who have played the game at some of its highest existing levels in the Maritimes.

"Oh my gosh, this would be huge. This would have been a dream for me," said Ciera Disipio, a three-time AUS MVP and first team all-Canadian during her long career at Cape Breton University.

Now that Disipio's glory days on the turf are over, she's working back home in Ottawa.

She says if a women's league had sprung up a couple of years earlier, she might be playing in it.

"Right now, when you finish university, especially if you're going to school in Canada, your only option to play professionally is to go to Europe," she said. “Which is great, and you'll find incredible soccer there, but it's a different style of play in North America and having the opportunity to stay in the country is massive."

The idea is spearheaded by retired Canadian soccer pro Diana Matheson and her company, Project 8.

"The future is obviously so bright. We know the women's game is going to grow," Matheson said. "Women's professional sport is a new industry. It's growing faster than men's sport and it will keep growing over the next two decades."

"[The idea of the league is] inspiring the next generation of young Canadians. Giving young girls an opportunity to fulfill their dreams," said Canadian women’s soccer captain Christine Sinclair.

With the Canadian women's international success over the past decade, including Olympic gold last summer and interest in the sport growing with the men's World Cup, the idea is that playing at home could give the country's best athletes a better chance at a work-life balance.

Disipio says, while she wouldn't rule out the possibility of playing in the league one day, it's a bigger opportunity for women who are finishing their university careers now.

She’s excited for them, and the future of the sport.

"Seeing a women's professional league come to Canada, I think we'll actually see a shift in every kind of level of soccer that leads up to it," she said. “So, we could be in for an entire restructuring of our athlete development."

There are still details to be ironed out before the league can kick off as intended in 2025, including a league name, a broadcaster, and sponsors for six of the planned eight teams.

A chance discovery in a Canadian lab could help extend the life of laptop and phone batteries.