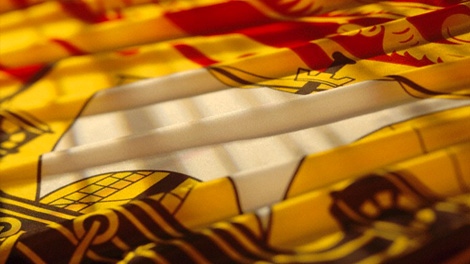 About 50 tenants in Miramichi, N.B. have been temporarily displaced from their apartments after a fire Saturday night, which resulted in power being disconnected for safety reasons.

The three-story apartment building, also known as Skyway Lodge, is located at 5 Cole Crescent - adjacent to a similar building that was evacuated on June 19 after the fire marshal ordered a mandatory evacuation due to safety reasons.  That building, located at 15 Cole Crescent, has yet to be re-occupied by tenants.

The fire at 5 Cole Crescent began in a lower level room and was quickly contained.

According to a news release from the Canadian Red Cross, power is expected to be restored by Monday which will allow most tenants to return home.

Due to the popular four-day Miramichi Irish Festival, there is little to no vacancy at local hotels and motels, making it difficult for tenants to find temporary shelter.

Canadian Red Cross volunteers from Miramichi, augmented by a team deployed from Moncton, has opened a temporary shelter using two conference rooms in the Miramichi Rodd Hotel, just a few kilometres away.

Of the 50 tenants, so far, 37 from 29 units have registered with the Red Cross and are staying in the temporary shelter.

Other tenants were able to make other arrangements.

There were no reported injuries.