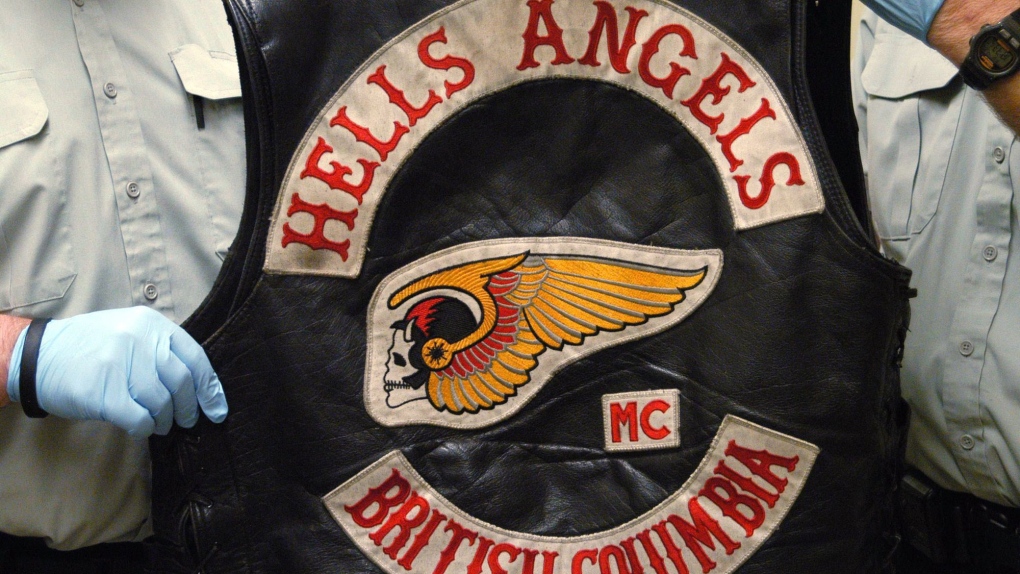 In this file photo, RCMP officers display a Hells Angels vest in Richmond, B.C. in this handout photo. (CP PHOTO / HO / BC RCMP)

HALIFAX -- A Nova Scotia man convicted of committing a Hells Angels-ordered killing in October 2000 has been granted a new trial by the province's Court of Appeal.

Dean Kelsie was convicted of first-degree murder and conspiracy to commit murder by a judge and jury in 2003 and sentenced to life in prison with no chance of parole for at least 25 years.

Sean Simmons was shot twice -- once in the arm and once in the head -- in the lobby of a Halifax-area apartment building, because he'd had an affair with a girlfriend of a member of the Hells Angels motorcycle gang.

Kelsie was one of four men convicted of the crime, but testimony at the trials indicated that it was Kelsie who pulled the trigger.

But now, more than 14 years after Kelsie began serving his sentence, the Appeal Court has ruled that the trial judge erred in his instructions to the jury.

It says the trial judge failed to properly instruct the jury around intention, and erred on what use jurors could make of the hearsay evidence of co-conspirators.

And it found the judge should have mentioned manslaughter to the jury as an alternative verdict, even though Kelsie's lawyer didn't object that it wasn't.

"The possibility of a verdict of manslaughter was available. Failure to charge the jury on manslaughter cannot be excused by the conduct of counsel. To do so would be a grave injustice," Justice David Farrar said for the three-judge panel.

No date has been set for the new trial.

In the ruling, Farrar set out how Simmons came to be targeted.

"Mr. Simmons, in the early 1990s, had been closely affiliated with the Halifax Hells Angels and hoped to become a member. By 1993, however, he was targeted for violence by the club and was beaten up twice. The evidence suggested that this was the result of a belief among Hells Angels members that he had had an affair with the mistress of Michael McCrea, the then president of the Halifax chapter," the judge said in his decision

"As a result, Mr. Simmons and his wife left Halifax and spent several years in New Brunswick, returning at the end of 1998."

When the Hells Angels learned about Simmons' return, a hit was ordered, the judge said.

Kelsie's conviction is the second that has been thrown out in the Simmons murder.

In October 2016, the Court of Appeal threw out -- for a second time -- the first-degree murder conviction of an Ottawa man, Steven Gareau, who claimed he had no idea Kelsie was planning to shoot Simmons when they went to the apartment building on Oct. 3, 2000.

Gareau was first convicted in 2004, but it was thrown out eight years later because of different legal mistakes by a different judge. He was retried over seven months in 2013 and 2014.