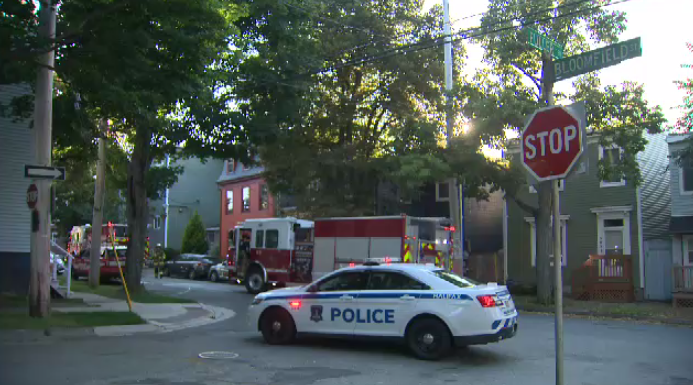 Fire crews were called to a 10-unit building on Bloomfield Street in Halifax shortly after 6:30 p.m. on Thursday.

Crews were called shortly after 6:30 p.m. to the 10-unit building on Bloomfield Street.

The fire, which started on the third floor of the building, was knocked down by the sprinkler system, along with efforts from a tenant with a fire extinguisher and fire crews.

The 12 people displaced are being assisted by the Canadian Red Cross.

No injuries were reported and the cause of the fire is under investigation.

An Iranian government official denied on Monday that Tehran was involved in the assault on author Salman Rushdie, though he justified the stabbing in remarks that represented the Islamic Republic's first public comments on the attack.

Anne Heche, the Emmy-winning film and television actor whose dramatic Hollywood rise in the 1990s and accomplished career contrasted with personal chapters of turmoil, died of injuries from a fiery car crash. She was 53.

Pennsylvania state police say a man who was upset about an argument with his mother drove through a crowd at a fundraiser for victims of a recent deadly house fire, killing one person at the event and injuring 17 others, then returned home and beat his mother to death.

Testosterone promotes both aggression and 'cuddling' in gerbils, study finds

A recent study on rodents has found testosterone, despite being commonly associated with aggression, can also foster friendly behaviours in males.