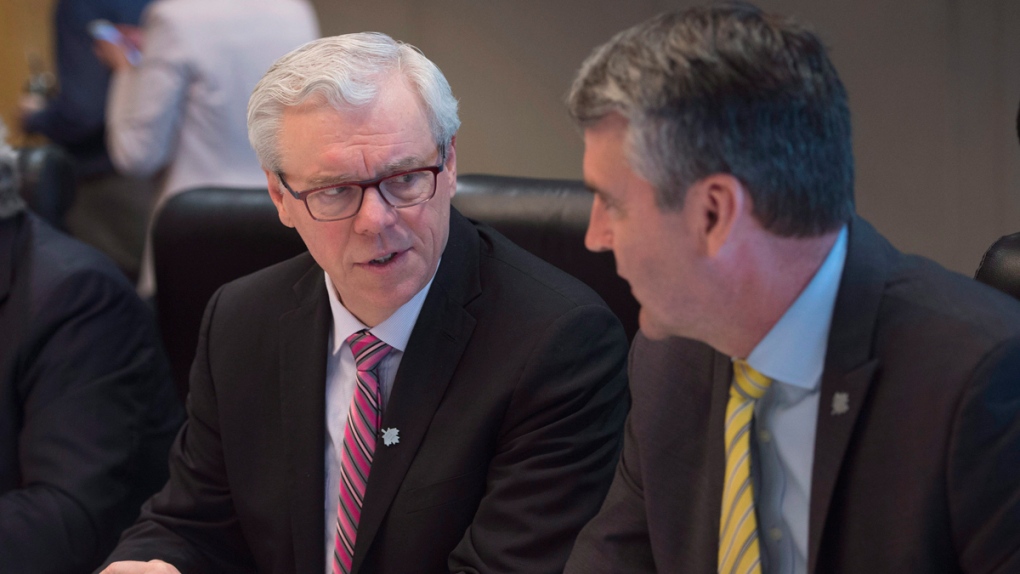 Arriving for talks on climate change with the prime minister and premiers, Stephen McNeil says Atlantic Canadians already pay the highest electricity rates in the country.

Yukon Premier Darrell Pasloski is also entering the meetings in Vancouver opposed to a national price on carbon.

The first ministers' meeting has taken on a fractious atmosphere amid squabbling over who was invited to the table, pipeline politics and a dispute over carbon pricing.

Expectations for the meeting -- Prime Minister Justin Trudeau's second with the premiers since taking office in November -- have been repeatedly lowered and the goal now is to find a common front in continuing a process toward a national policy framework.

Four working groups will be set up with six-month deadlines to assess policy options, including a group that will study Canada's various existing carbon pricing systems.

McNeil says his fellow premiers on the East Coast agree that electricity rates already carry a form of carbon tax.

"We believe our carbon tax is actually in our power rates in Atlantic Canada, but we're prepared to have a conversation about what's in the best interests of Canada," he said.

On Wednesday, Premier Brad Wall said Saskatchewan will play a "constructive role" at the meeting.

Wall has been in the thick of the fray in the lead-up to Thursday's formal sit-down, repeatedly levelling broadsides at the Liberal platform promise of putting a national price on carbon.

Wall tells The Canadian Press that Saskatchewan officials will "absolutely, absolutely" be participating in the working groups, dismissing talk that the province might boycott the carbon talks.