Boaters asked to keep their distance from beluga spotted in P.E.I. waters 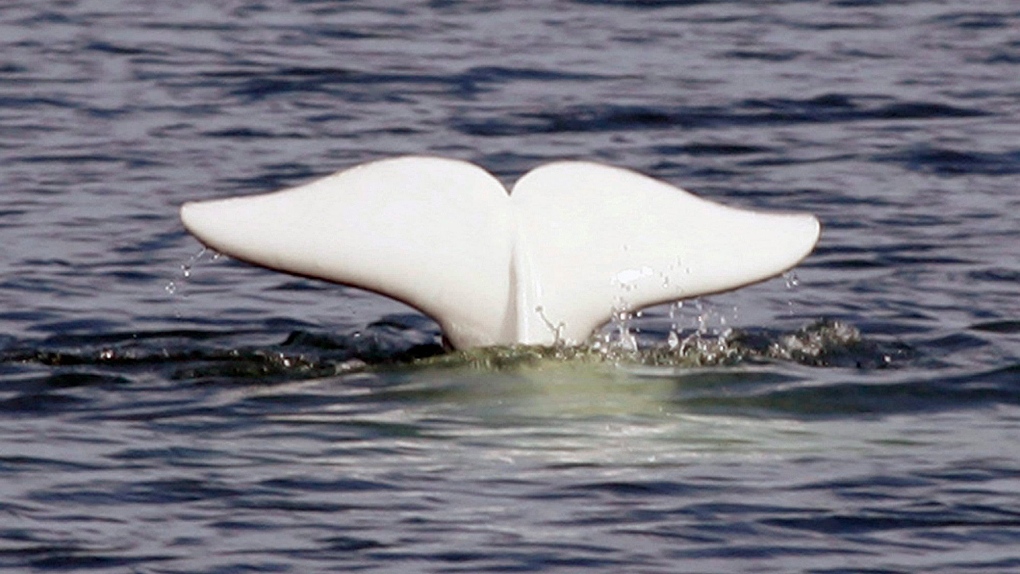 A beluga whale was seen in the Charlottetown harbour last Thursday and more sightings were reported in the North, Hillsborough and West Rivers in the area over the weekend. (FILE / THE CANADIAN PRESS/Jacques Boissinot)

CHARLOTTETOWN -- Marine researchers are asking people to stay a safe distance away from a beluga whale that has strayed into a number of rivers around Charlottetown.

The whale was seen in the Charlottetown harbour last week, and more sightings were reported in the North, Hillsborough and West Rivers over the weekend.

The federal Department of Fisheries and Oceans said the first reports of a beluga near the Hillsborough bridge were received June 18. The next evening, the whale was seen caught up in fishing nets around Mount Stewart, some 20 kilometres upstream from the provincial capital.

By the time fisheries officers arrived, it had freed itself. Since then there have been five more sightings reported by members of the public.

"Fishery officers are monitoring the situation," department spokeswoman Chantal Roussel said in an emailed statement. "We would like to remind the public that approaching marine mammals too quickly, coming too close or making too much noise can disturb, stress or even harm these animals. Keeping a minimum distance from marine mammals is the law."

Catherine Kinsman, co-founder of the Whale Stewardship Project, says that as long as the beluga is healthy and not stuck or in danger, there is no need for intervention by the Department of Fisheries and Oceans or the Marine Animal Response Society, a non-profit conservation group.

She said people can help ensure the whale finds its way home.

Reporting sightings to the Marine Animal Response Society hotline, taking pictures from a safe distance of at least 100 metres and sharing the beluga's location are a few things that can help authorities monitor the animal, Kinsman said.

Boaters are asked to be particularly careful if they spot the beluga. "If you do encounter a beluga, and you are on a boat, (you) are asked to remain 100 metres at minimum from the whale," Kinsman said, noting this can be challenging because of the beluga's curious and charismatic nature.

"If a beluga whale approaches your boat, it's important to slowly continue your journey onward until you are at least 100 metres away from the whale," she said. "Do not do anything to entice or interact with the whale, and avoid tossing any objects into the water."

Kinsman said that every human interaction with a beluga adds up, making them more comfortable approaching boats, which can lead to serious injuries for the animal.

She called it uncommon for belugas to find their way to the Maritimes, because the population is not native to the area, but it does happen. She said the closest population to Prince Edward Island is in the St. Lawrence River.

"That population is endangered with approximately 900 individuals, and there's great concern for that population," she said.

Most belugas that have turned up in the Maritimes were found to be from the St. Lawrence, but the whale currently visiting has not yet been identified.

-- By Olivia Blackmore in Halifax