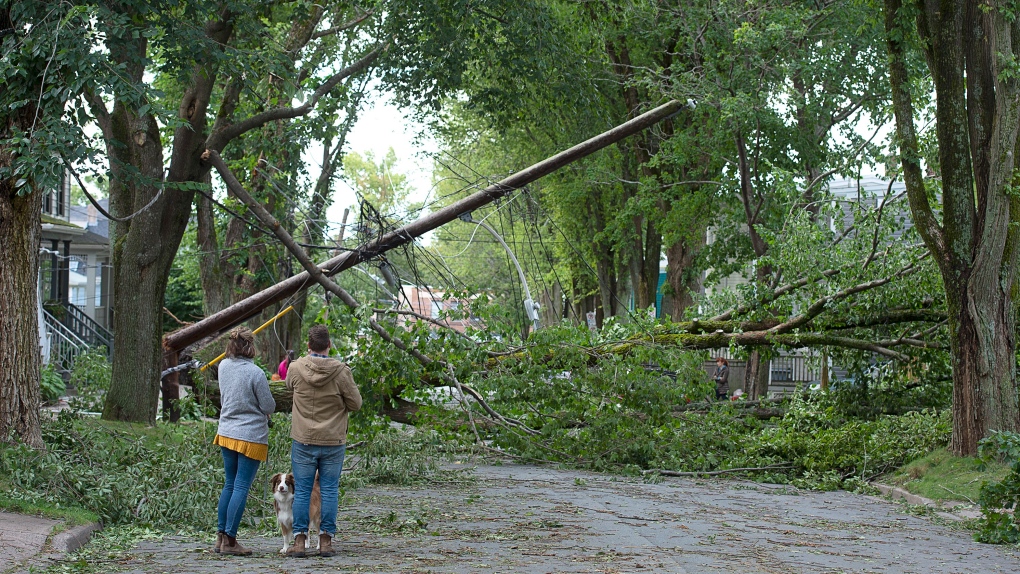 A street is blocked by fallen trees in Halifax on Sunday, Sept. 8, 2019. THE CANADIAN PRESS/Andrew Vaughan

HALIFAX -- A non-profit organization is mounting a $500,000 funding campaign to help plant trees in municipalities across Atlantic Canada that suffered damage from post-tropical storm Dorian in September.

CEO Danielle St-Aubin says once the money is raised, homeowners, private landowners, and institutions who want to plant a tree can apply for grants to help purchase them.

St-Aubin stresses the storm damage is still being assessed, and the campaign funding target is an early estimate.

The first funding operation by the organization was launched following 1996 floods in Saguenay, Que.

Since then, Tree Canada says it has helped plant more than 82 million trees across the country.

"We're raising the money now to be able to help them (Atlantic Canada) later on in the year, probably starting next spring or summer," St-Aubin said Wednesday.

She said Tree Canada helps to fill a gap, as most municipalities are busy dealing with tree damage on municipal property.

"They're swamped ... so what we do is really help private landowners with their needs by giving them these grants."

St-Aubin said her organization works with municipalities to plant the tree species they want, ensuring that the "right tree is in the right place."

Other campaigns have seen trees planted following the 2016 wildfires in Fort McMurray, Alta., and last year's tornadoes in the Ottawa area.