Canada's oldest general store is 'the heart of' N.S. village

MAITLAND, N.S. -- Did you know a quaint village on Nova Scotia’s Cobequid Bay is home to Canada’s oldest general store?

Frieze and Roy has been serving the community of Maitland, N.S., since 1839 -- 28 years before Confederation -- making the general store older than the country it calls home.

“There’s been just millions and millions of people that have walked through here,” says co-owner Troy Robertson.

The 181-year-old store was the centre of shipping, shipbuilding and trading on the Bay of Fundy and Shubenacadie Canal during the 1800s and 1900s.

From old books to old advertisements, Robertson says there is an array of artifacts on display at Frieze and Roy.

Each piece tells a story, but perhaps the most unique find? A box of contraceptives from 1901.

“A saleable item by the Catholic Church, and right on the package it tells you that they were to prevent disease and encourage pregnancy, so that if someone was looking to get pregnant, but didn’t want to catch anything, they were great for that,” says Robertson of the curious contraceptives. 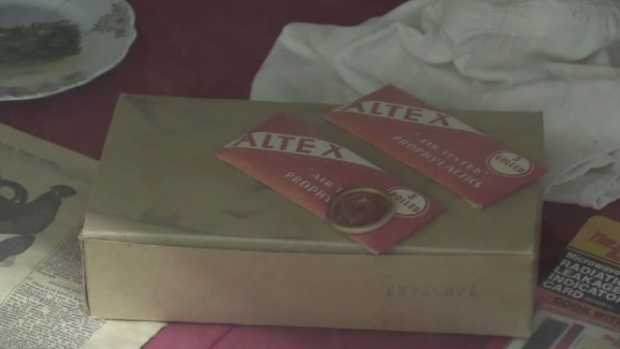 Old historic buildings often have their fair share of stories, including ghost stories, and Frieze and Roy is no different.

Employees like Jennifer Wiles say they have had experiences they can’t explain.

“A friend of mine who works here, Linda, she was doing breakfast and then all of a sudden I heard, ‘Jennifer!’ and I’m like, ‘One moment Linda!’ And then I heard my name again, louder,” recalls Wiles.

However, it wasn’t Linda. In fact, Wiles couldn’t find anyone else in the store at the time.

There has been a slew of ghostly encounters over the years, and with millions of people passing through the doors, Robertson says they may never know who haunts Frieze and Roy.

What he does know, is that the store has had a significant impact on the community and the people it serves.

“It’s the heart of the community, it’s where people come in,” says Robertson. “They meet each other, they talk about things happening in the community. It all gets shared here.”