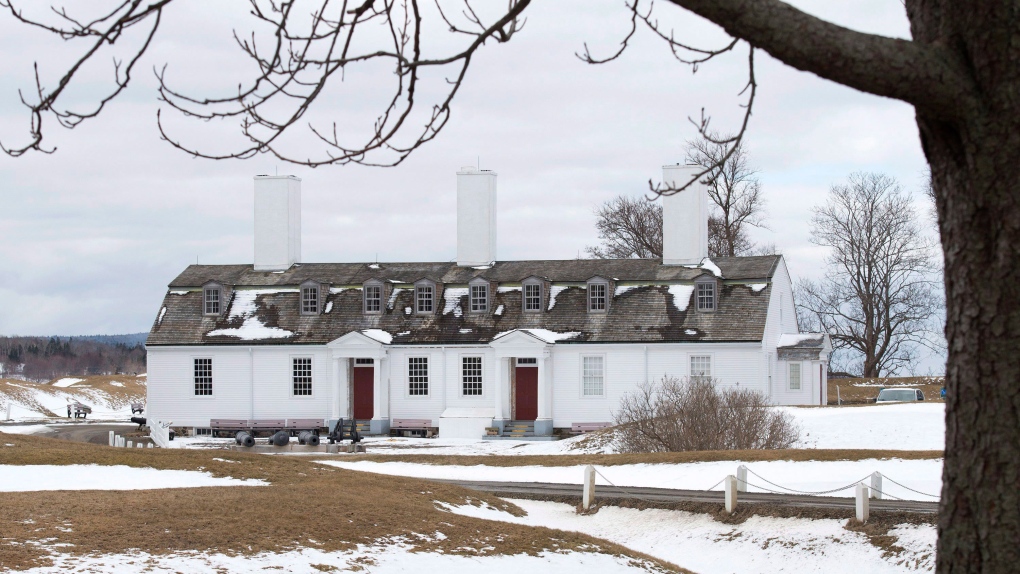 HALIFAX -- A new docu-drama series about the history of Canada has touched a raw nerve in a rural corner of Nova Scotia.

Bill MacDonald, the mayor of Annapolis Royal, is leading a campaign to denounce the first episode as a disrespectful and erroneous version of what really happened when Europeans first settled in this land.

He said he was shocked this week when the CBC show, "Canada: The Story of Us," asserted that the first permanent European settlement was established near what is now Quebec City.

MacDonald said the CBC got it wrong, although the public broadcaster denies that.

It's well known that French explorer Samuel de Champlain established a permanent settlement at Port Royal, N.S., in 1605 -- three years before he founded another one along the St. Lawrence River in Quebec, the mayor said.

"Here in Annapolis Royal, we believe that we truly are the cradle of our nation," MacDonald said in an interview Wednesday, two days after he posted a rebuke of the show on his mayoral Facebook page, saying "CBC has misrepresented Canadian history."

MacDonald said he plans to write a letter of complaint to the CBC. He suggested a prequel may be in order, given the fact that Port Royal wasn't even mentioned during the two-hour program broadcast Sunday night.

His online post has sparked more criticism, though not all of the comments on the mayor's page endorsed his view.

Some commenters suggested the first settlements were in other places altogether, including Red Bay, N.L., and LaHave, N.S.

Others piled on the CBC.

"I, like a lot of the people of Nova Scotia, was very surprised and disturbed about the missing history of the first settlements at Port Royal," said one person. "As a person who grew up in this area, I have always promoted Annapolis Royal ... I was very disappointed."

Others were more blunt: "Sad when we can't get our own history straight," wrote one.

CBC spokesman Chuck Thompson said the show's producers chose to focus on Quebec City after reaching out to historians.

"We fully acknowledge (Port Royal) is a special and important part of Canadian history," Thompson said in an email. "Port Royal came up many times in the producers' research and in numerous conversations with noted historians."

He said the first episode focused on Quebec City because, unlike Port Royal, it maintained a permanent population without interruption from 1608 onward.

"It's also important to note that this series features key moments in Canadian history," Thompson said. "It is not meant to be a comprehensive and linear account of our nation's history."

According to the Canadian Encyclopedia, Port Royal was established near the mouth of the Annapolis River by Champlain and Pierre du Gua de Monts in the summer of 1605, but the site was abandoned in the summer of 1607. The colony was re-established by an original colonist in 1610 and changed hands several times after that.

"Although the buildings were rudimentary, Port Royal remained the earliest European settlement of any permanence in North America north of St. Augustine, Florida," the encyclopedia's website site says.

However, the Parks Canada website describes the reconstructed national historic site as "one of the earliest European attempts at settlement in North America."

While it's true Port Royal was briefly unoccupied during its early history, it was always meant to be a permanent settlement, MacDonald said.

"To suggest that this wasn't the beginning of Canada -- the cradle of Canada -- simply because the doors may have been closed for a couple of years while people went back to France to get provisions ... really doesn't appreciate the context in which history unfolded," MacDonald said.

The settlement would later become the capital of Acadia and the early capital of Nova Scotia.

Retired history professor Doug Owram said the debate centres on what constitutes permanence, because there were many temporary settlements in Canada long before Champlain arrived. The oldest among them is the short-lived Viking encampment at the tip of Newfoundland's Great Northern Peninsula, built more than 1,000 years ago.

Owram, a professor emeritus who taught at the University of British Columbia, said Port Royal did precede Quebec as a settlement, but it later failed and was abandoned, only to be re-founded and later destroyed.

"Quebec is the first continuous European settlement," Owram said in an email. "(However), it might have been nice to mention the failure at Port Royal."