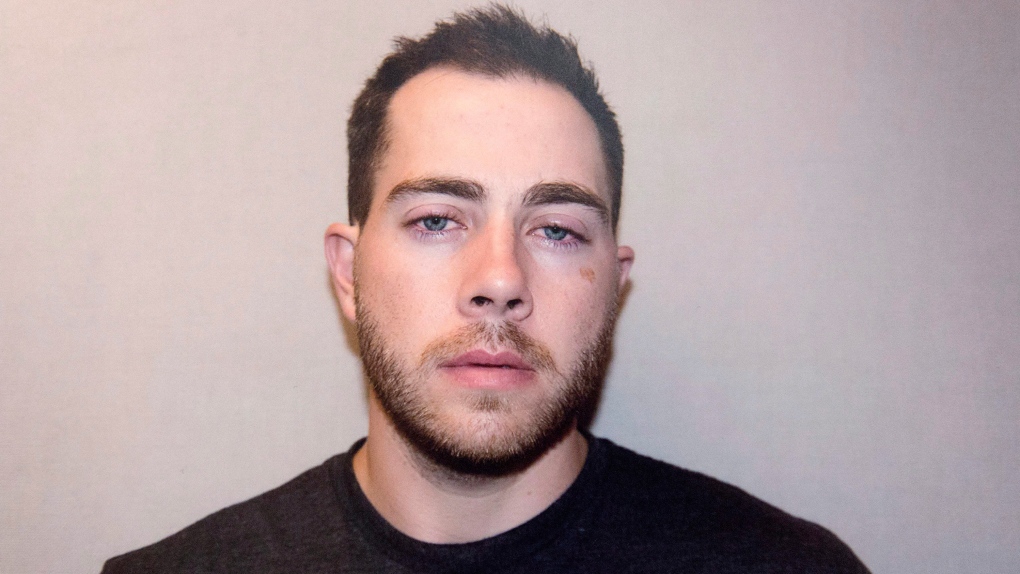 HALIFAX -- Christopher Garnier, who strangled Nova Scotia police officer Catherine Campbell and then used a green bin to dispose of her body, is appealing his conviction.

In December, a 12-member jury found the 30-year-old man guilty of second-degree murder, rejecting his claim that she died accidentally during rough sex. He was also found guilty of interfering with a dead body.

A notice filed with the Nova Scotia Court of Appeal identified several grounds for the appeal, including that Nova Scotia Supreme Court Justice Joshua Arnold's final instructions to the jury were too complex.

"The (judge's) charge to the jury was so complicated and convoluted that no ordinary juror would be able to understand it," the four-page document said, filed on Tuesday.

The jury deliberated for less than five hours before coming back with a verdict.

Arnold then sentenced Garnier to life in prison -- the automatic sentence for a second-degree murder conviction. A hearing to determine his parole eligibility is set for May 7.

The appeal claims Garnier's rights were violated under Section 7 of the Charter of Rights and Freedoms -- which protects the life, liberty and security of a person -- and that the verdict was not "reasonably supported by the evidence."

Court heard Garnier met the 36-year-old Truro police constable at a Halifax bar in the early hours of Sept. 11, 2015.

The jury watched surveillance video showing Garnier and Campbell kissing and dancing before leaving the Halifax Alehouse around 3:30 a.m. The prosecution said the two went to a McCully Street apartment, where Garnier was staying with a friend.

Crown attorney Christine Driscoll told the jury Garnier lost control during a sexual encounter with Campbell, stuffed her lifeless body into a compost bin, and dumped her remains in thick brush near the Angus L. Macdonald Bridge and the city's naval dockyards.

During a nine-hour recorded interview with police, Garnier said he hit Campbell with his fist and had his hands around her throat as she was choking, but he repeatedly said he could not remember other details from that night.

Testifying in his own defence, Garnier told the jury through tears that during sex play, Campbell encouraged him to choke and slap her.

After Campbell died, Garnier said his vision became blurry, he heard loud noises and he couldn't remember much else.

Under cross-examination, Driscoll asked Garnier why he did not call 911 or attempt CPR, despite his training as a firefighter. He did not offer an explanation.

The jury saw surveillance video from a business adjacent to the McCully Street apartment that showed a man rolling a compost bin towards and then away from the flat.

He was arrested on Sept. 16, 2015, just hours after police found Campbell's body face down on a steep embankment.

Garnier filed the appeal from the Central Nova Scotia Correctional Centre in Halifax, where he is being held. Defence lawyer Joel Pink, who represented Garnier during his trial, said in an email that he is not currently representing Garnier, but that could change.