'Does this go on until the fall?': Delayed N.L. election holding up projects, services 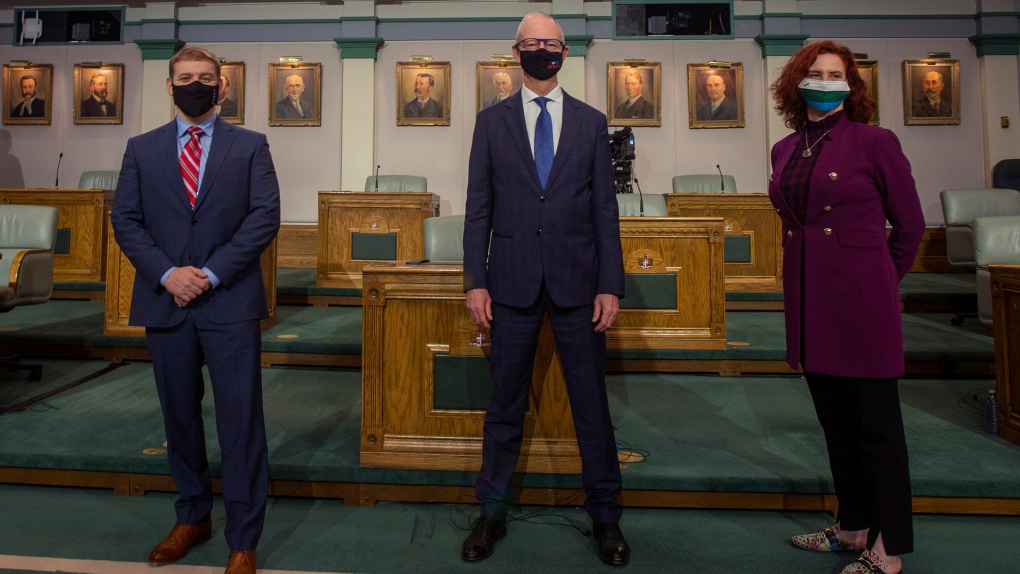 ST. JOHN'S, N.L. -- Newfoundland and Labrador's delayed election is causing headaches for towns hoping to get infrastructure work done, according to the head of an organization representing the province's municipalities.

As the election drags on past the three-month mark, the province has been operating with a caretaker government with limited spending powers.

Craig Pollett of Municipalities Newfoundland and Labrador said the lack of spending authority has put the breaks on approvals and money transfers for provincially funded projects across the province.

"They could be getting ready to advertise a tender, they could be at some part of the work plan stage, and they're being asked to stop," Pollett said in an interview Tuesday.

"And that's a big challenge."

The election was called on Jan. 15, and after a series of delays and the cancellation of in-person voting because of a COVID-19 outbreak, it's still not clear when a winner will be declared. Some legal experts also say the results of some or all of the province's 40 electoral districts could wind up in court.

"What happens if there's a dozen or more court challenges to some of these elections, and then the provincial government can't really pull itself out of the caretaker convention?" Pollett asked. "Does this go on until the fall? Or next year?"

Percy Farwell, mayor of Gander, shares Pollett's concerns. Farwell said Gander was ready to start building a soccer field and a track and field facility in the spring, but with government in caretaker mode, he said the province won't approve any public tenders to get the work done.

"We're trying to spend $7 million, starting as early in the spring as possible, that would employ all kinds of people," he said in an interview Tuesday. "And our government -- the same government that's said it's going try and stimulate the economy -- is obstructing us from being able to do the work. It's just ridiculous."

Farwell said he would understand if he was looking for a funding approval in the middle of a political campaign, but the funding for the facility was confirmed nearly a year ago. "We had the media thing, the releases and the announcement, and the two ministers were able to get their pictures taken at the site," he said. "All the politics has been played."

Newfoundland and Labrador winters are known to run into June and that makes for a very short construction season, Farwell said. With time constraints like those, any delay can quickly put the project on hold until the next year.

A spokesperson for the Newfoundland and Labrador government said the province follows federal guidelines for caretaker governments.

Luke Joyce said in an email that during an election, known as the writ period, the procurement of goods and services supporting the ordinary operations of government proceeds as normal.

If a tender was issued before an election call and a public body determines that the awarding of the contract can't be deferred, then "allowances can be made."