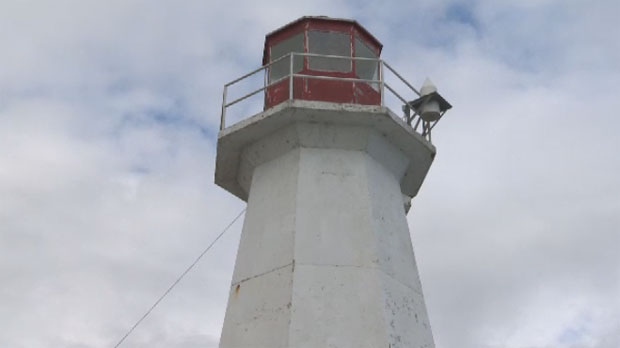 Some residents living close to the Chebucto Head lighthouse in Duncans Cove believe the beacon and the land around it is worthy of preservation. However, it has been neglected and put up for sale.

There are more than 100 neglected lighthouses along the coast of Nova Scotia and the federal government has put many of them up for sale.

Some residents living close to the Chebucto Head lighthouse in Duncans Cove believe the beacon and the land around it is worthy of preservation.

However, it too has been neglected and put up for sale.

The lighthouse occupies one of the tallest coastal sites in Nova Scotia. While today it seems to guard the entrance to Halifax Harbour, it needed to be guarded during the Second World War.

“When you think of the number of veterans, that was the last light before going over in the Second World War and the first one coming back,” says area resident Jim Legge.

The building is in desperate need of a coat of paint and the road leading up to it, and past houses of roughly 15 people, is a mess.

Ten years ago, the Canadian Coast Guard told area residents it was up to them to maintain it, but they can’t afford the required $2-million liability insurance.

The lighthouse keeper’s house also burned down, the gatekeeper has since been laid off, and the potholes continue to grow.

There have been efforts to convince the Halifax Regional Municipality to purchase it, but that seems unlikely at this time.

“The communities have to step up and we can’t wait for government to set up in this case because they’ve already shown their cards,” says area resident Randy Mugford.

The cost may be too much for the tiny community of Duncans Cove, but with a land and seascape that inspires awe, those who live nearby feel a rare opportunity to preserve one of the prettiest lighthouses in Atlantic Canada may be slipping away.