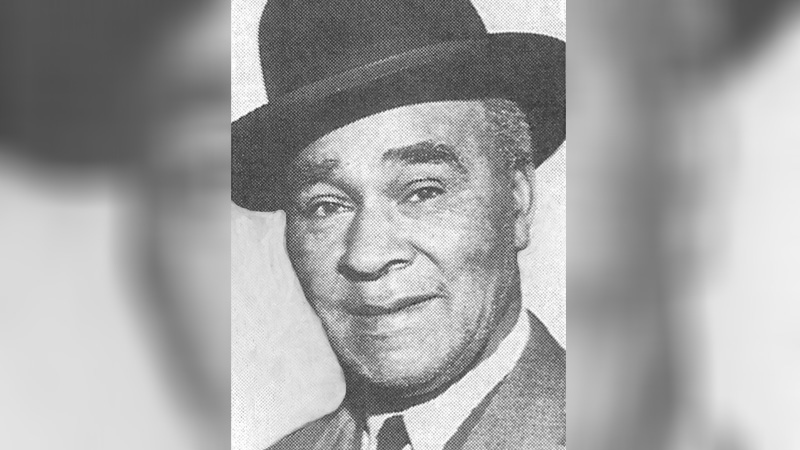 HALIFAX -- A New Brunswick sprinter who achieved world-class success in the early 1900s but remains little known in Canada is slowly attracting recognition due to the efforts of a distant relative.

Born near Fredericton in 1880, Eldridge (Gus) Eatman lived most of his life in Saint John, N.B., and went on to become world professional sprint champion from 1904 to 1907.

"He deserves recognition," said Maurice Eatman, a third cousin who has worked tirelessly over the last two decades to revive his relative's legacy.

"He was a forgotten native son," Eatman said. "He's the greatest (athlete) ever produced out of New Brunswick for his era."

On Wednesday, Gus Eatman, who died in 1960, is scheduled to be inducted into the Maritime Sport Hall of Fame in Bedford, N.S.

Eatman ran at a time when blacks were not accepted in the ranks of amateur track and field, and few ran professionally. He kicked off his stellar career in 1903 when he beat world champion 120-yard sprinter Tom Keen at Moosepath in Saint John.

He went on to clock the fastest Canadian sprint time at the Maritime championships in 1905 and also beat Jimmy Humphrey -- said to be the first Canadian to run 100 yards in 10 seconds flat -- in a match race.

Eatman continued his string of successes in North American and in Europe, winning the Powderhall Trophy, emblematic of the world championship, in Edinburgh, Scotland in 1906.

Maurice Eatman said he knew little about his cousin's prowess while growing up.

"I heard about him off and on going through school, but it didn't really sink in until I did a little bit of research," he said. "We didn't know exactly how good he was until I started looking around in the archives."

Aside from the athletic accomplishments, Eatman said his family is just as proud of other facets of Gus's life, including his service in the First World War where he fought on the front lines with a British regiment, the Royal Northumberland Fusiliers. He joined in 1915 and survived 785 days in the trenches.

In 1935, he also led a Canadian effort to recruit volunteers and raise funds to fight against Italian dictator Benito Mussolini's invasion of Ethiopia. Eatman died in Saint John in 1960 at the age of 80.

Frank Mitchell, president of the Maritime Sport Hall of Fame, said it's part of the hall's mandate to highlight athletes who have died without necessarily receiving the plaudits they deserve.

Mitchell said Gus Eatman fits the bill in every respect, although in his case he came to the hall's attention through a normal application submitted by Maurice Eatman.

"We are always searching for at least one historic character who might have been overlooked," said Mitchell. "He is an interesting guy."

Mitchell said this year's historic inductee is William John Paul, a distance runner from Prince Edward Island who made his mark in road races during the 1930s.

Other 2019 athlete inductees include Nova Scotia boxer Lenny Sparks and John Kurty, an American baseball player who played in the Halifax and District semi-pro league in the 1950s.

They are joined by broadcaster Peter Maher of Campbellton, N.B., and the Halifax Capitals baseball team.