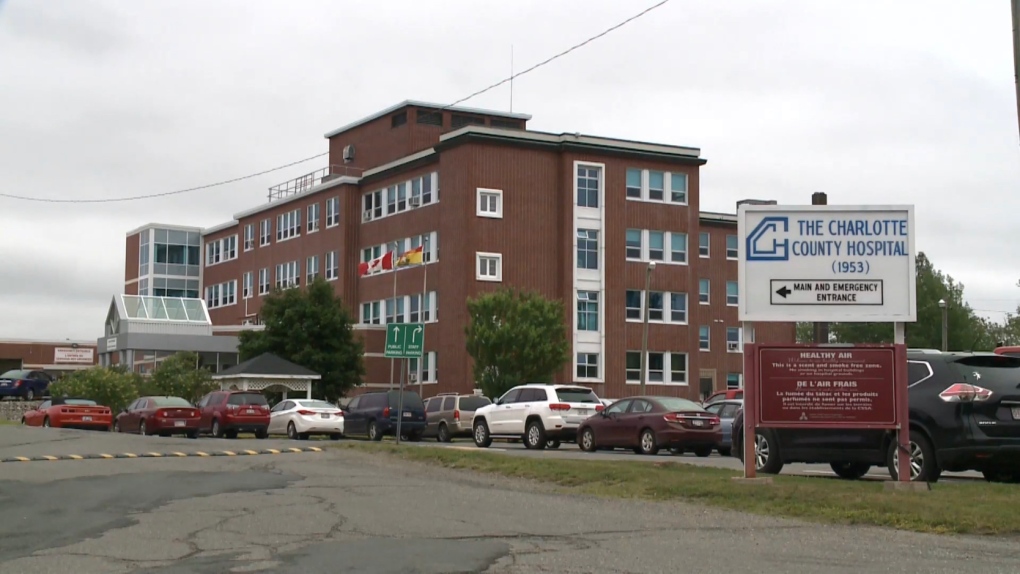 An employee at the Charlotte County Hospital in St. Stephen, N.B. has been dismissed after they “inappropriately accessed” the personal health information of 1,251 people. (Nick Moore/CTV Atlantic)
SAINT JOHN, N.B. -

An employee at the Charlotte County Hospital in St. Stephen, N.B. has been dismissed after they "inappropriately accessed" the personal health information of 1,251 people.

The Horizon Health Network is calling it a "significant privacy breach."

The health authority hasn't confirmed the period of time the breaches occurred.

"As part of Horizon's investigation into this matter, we believe there is no evidence to suggest any health information was shared with anyone else," said Margaret Melanson, Horizon's vice-president of Quality and Patient-Centred Care, in a written statement to CTV on Wednesday.

Horizon isn't confirming any other details about the dismissed employee to CTV, but letters have been mailed to the people who had their information accessed.

A copy of the letter from Horizon, obtained by CTV, said an internal audit identified the employee's unauthorized access to information in an investigation that finished April 19. The letter, from Horizon's chief privacy officer Kelly Chase, said the employee worked inside the hospital's health records department.

The Office of the Ombud confirms its own investigation of the breach is underway. The office says it won't comment on any specifics of its investigation except to say the breach appears to be more a matter of "snooping" than any sort of technical failure.

Both Horizon and the Ombud say its offices are accepting formal complaints from people who've received privacy breach notices.

The annual gathering of the Assembly of First Nations is being held this week in Vancouver under a cloud of criticism from its national chief, who has been suspended and denied entry to the meeting.

A day after Russian President Vladimir Putin declared victory in seizing an eastern Ukraine province essential to his wartime aims, a city in the path of Moscow's offensive came under sustained bombardment, its mayor said Tuesday.

Saving for retirement is becoming out of reach for young Canadians

A new U.S. study shows that in high-trust neighbourhoods, those with a larger dog population had robbery rates that were almost two-thirds lower and murder rates that were cut in half.

Climate change protesters targeted a copy of Leonardo da Vinci's 'The Last Supper' at London's Royal Academy of Arts Tuesday, gluing themselves to the painting's frame and spray-painting 'No New Oil' next to it.