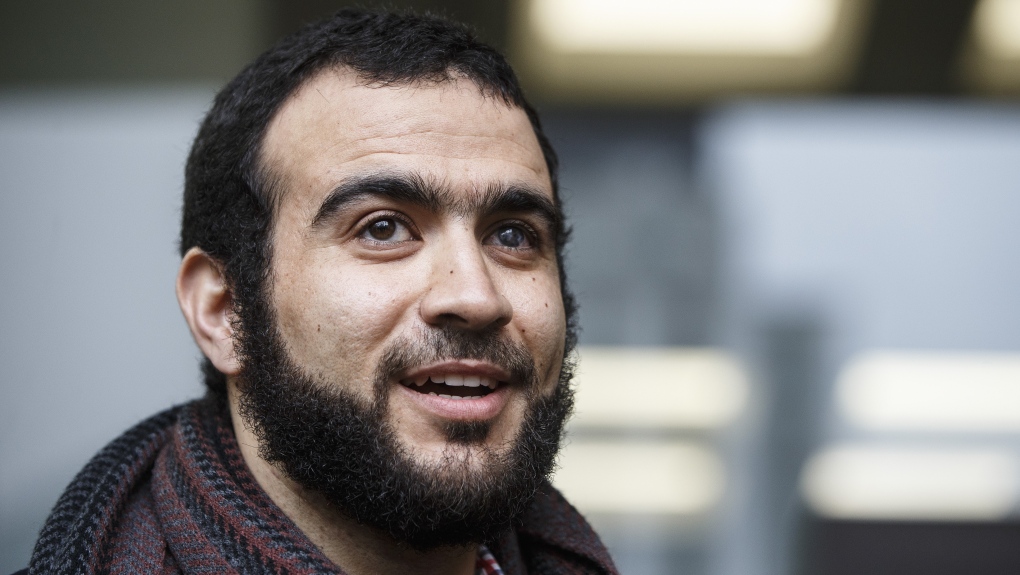 HALIFAX -- Former Guantanamo Bay detainee Omar Khadr provided a small window of insight about his life since his return to Canada in 2013 during a rare public speaking appearance in Halifax.

Khadr, who was part of a panel discussion on child soldiers hosted by the Romeo Dallaire Child Soldiers Initiative, told an audience at Dalhousie University that he always has to behave a certain way in public because of his past.

He said he had been treated as a bad person for so long that he believes he has to constantly prove he isn't.

"I have to always be rational. I can't be emotional because I'm worried if I'm emotional people are going to think he's manipulative, and that's so burdensome."

Khadr said it's a situation where he can't make any mistakes.

"You can't live lightheartedly," he said. "Everything you do you have to be aware of what you are doing and it's tiring at some point."

As a 15-year-old in Afghanistan, Canadian-born Khadr was captured and badly wounded in July 2002 and was accused of killing a U.S. soldier and injuring another.

He was held at Guantanamo Bay in Cuba, and was returned to Canada in 2013.

The 33-year-old appeared in Halifax with Ishmael Beah, a human rights activist and former Sierra Leonean child soldier, along with Dallaire and the Dallaire Initiative's executive director Shelly Whitman.

The two-hour discussion focused on the experiences of children in conflict and their protection as well as the long-term consequences of those experiences.

Specifics of Khadr's case were not discussed and organizers made it known prior to the event that Khadr would not entertain questions from the audience about it.

Khadr pleaded guilty to five war crimes, including the murder of a U.S. special forces soldier, before a widely disparaged military commission at Guantanamo Bay in 2010. As part of a plea deal, the court sentenced him to eight more years rather than to the jury-recommended 40 years.

Khadr later said the deal was his only way out of the infamous American prison. He has also spent more than six years trying to appeal his conviction but a military commission appellate court has so far refused to hear the case.

Beah, who has written about his two-year experience as a child soldier from the age of 13, said he has been celebrated for turning his life around from a situation where he was indoctrinated and desensitized, while Khadr has had to fight for acceptance since his return to Canada.

"Here was a child from North America who has been vilified," said Beah. "I felt there was a dishonesty in the way people had empathy for me but not for him."

The Canadian government apologized to Khadr in 2017, and also paid him $10.5-million for having violated his rights while he was in Guantanamo Bay.

Whitman made a point of telling the Halifax audience that no one on the stage was receiving a speaking fee.

"This is not a publicity stunt," she said. "We are all here because we are all committed to a better world for children."

Some had spoken out against Khadr's appearance in Halifax including Ezra Levant of Rebel Media.

Khadr was asked by an audience member what he would say to a lone protester who stood outside prior to the event.

"I wouldn't say anything," he said. "Let him protest. It's a free country."

This report by The Canadian Press was first published Feb. 10, 2020.