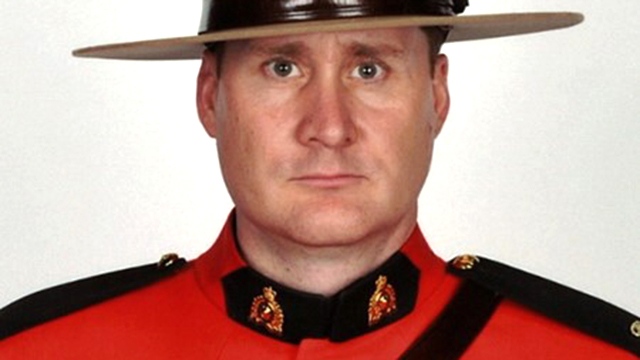 ST. ALBERT, Alta. -- An Alberta RCMP officer who was shot in the head during a routine investigation in a community just outside Edmonton last weekend has died.

Wynn never regained consciousness after he and an auxiliary officer, Const. Derek Bond, were wounded at a casino in St. Albert early Saturday morning while they investigated a stolen truck.

Bond was struck in the right arm and torso, but was released from hospital several hours after the shooting.

The shooter, Shawn Rehn, was found dead in a home not far from the casino in an apparent suicide.

He had a long criminal record and the RCMP commissioner has raised questions about why he was not behind bars.

Wynn, 42, is survived by his wife, Shelly, and three sons Matthew, Nathan and Alexander.

Deputy RCMP Commissioner Marianne Ryan issued a statement saying the force has lost a dedicated member in the line of duty.

"His wife lost a husband, and his sons lost a father. Words cannot express the deep sadness we feel today," Ryan said.

Mounties say there will be a regimental funeral for Wynn in the Edmonton area.

"This was a brazen and cowardly assault on our brave law enforcement officers," Harper said in a statement. "It is a grim reminder of how law officers in communities across the country put their lives on the line every day to protect Canadians from harm.

"We mourn with all RCMP members today."

Wynn served as a paramedic in Bridgewater, N.S., before he became a Mountie in 2009 and was posted to St. Albert.

Besides his regular duties, he had been a resource officer at Keenooshayo Elementary School for five years. His main duty was to provide drug education for Grade 6 students, but he was frequently in the school speaking with students and parents, and appeared annually in red serge for the Remembrance Day assembly.

"May his family and friends gather strength and find solace in the outpouring of support from citizens across our province and across our country, as together we grieve for our fallen Canadian hero."

St. Albert Mayor Nolan Crouse said the community is collectively mourning the loss of one of its officers.

"Policing is a noble profession, where ordinary people do extraordinary things to help keep our communities safe," the mayor said. "Our thoughts are with RCMP Constable Wynn's family as we collectively grieve."