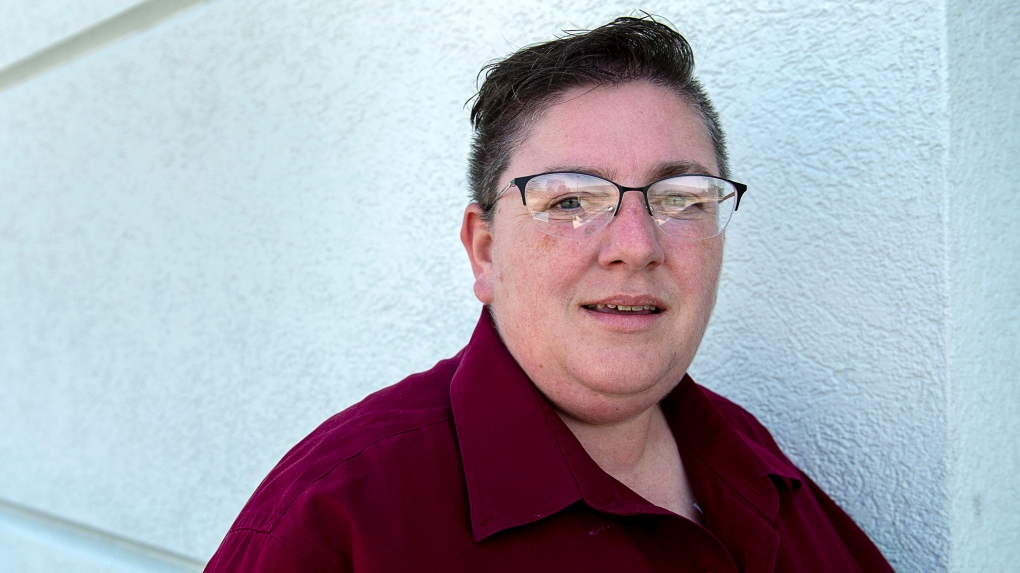 Sara Tessier, a 45-year-old former inmate at the federal Nova Institution for Women in Truro, N.S., is seen in Halifax on Monday, April 6, 2020. (THE CANADIAN PRESS/Andrew Vaughan)

HALIFAX -- An advocacy group is urging governments to help it add housing so female inmates can leave jails before the COVID-19 pandemic hits Atlantic Canada institutions.

Emma Halpern says in a letter sent to the federal government on Thursday that a four-bedroom house in the Halifax area is already available for women exiting federal or provincial institutions in the province, and more buildings could be obtained.

She said it's critical to have housing ready for inmates during the pandemic, and Ottawa and the provinces need to move swiftly to assist her organization and others.

"Correctional facilities are not equipped to handle a pandemic like this," she said.

Halpern said she had received no acknowledgment of her proposal from federal officials as of Monday evening, which she says is disturbing amid reports of inmates testing positive for COVID-19 elsewhere in Canada.

Tessier, who is on day parole, said it's "a time to make some changes."

Correctional Service Canada said it could not provide comment by Monday evening, but in a recent statement it said all institutions in the region are "assessing operational decisions" on a regular basis.

"Sites are working with local public health departments for consultation and advice, and will continue to adjust as the situation evolves," it said.

"This is a very vulnerable population .... I can tell you we as a government will do everything we can to try and support our sister organizations out there who are really a lifeline for these families," he said.

However, Halpern said to date there's been a lack of co-ordinated response from provincial departments when inmates are allowed to return to the community as a result of COVID-19.

Halpern says the annual funding needed for a four-bedroom residence is typically about $200,000. Her organization provides support staff, including mental health counselling and tele-medicine.

Around the Atlantic region, provincial governments have been asked by prisoners' rights groups to allow some inmates to shift into the community due to the pandemic.

In Prince Edward Island a number of offenders had been released on temporary absence as of April 1.

They include 25 offenders serving intermittent sentences, 17 inmates near the end of their sentences and four offenders who are elderly or have underlying health conditions.

-- With files from Kevin Bissett in Fredericton.