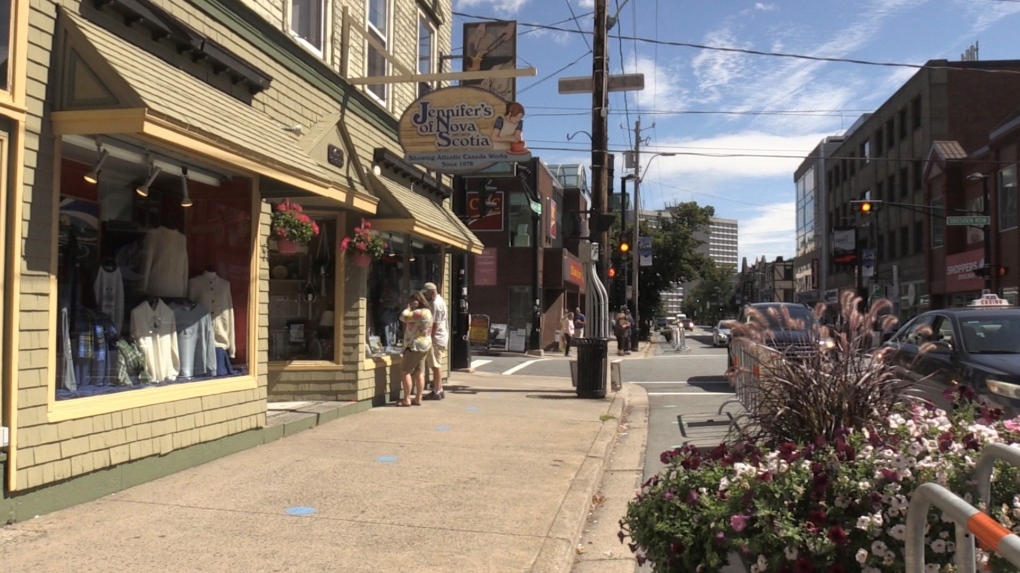 The owner of Jennifer's Nova Scotia says the business is struggling during the pandemic.

HALIFAX -- This time of year would typically be the height of the cruise ship season and a busy time for businesses in downtown Halifax, but this year things are different.

"To be honest, we're probably doing about one-sixth of the business that we normally do,” said Kurt Bulger, owner of Jennifer’s of Nova Scotia, a gift shop on Spring Garden Road.

Bulger says, with sales down, he has been unable to bring back his nine employees.

Jennifer’s of Nova Scotia only sells items made in Atlantic Canada, leaving a ripple effect.

The pandemic has left many businesses across the Maritimes struggling or forced to close.

This week, The Red Stag Tavern, located in Halifax’s historic Alexander Keith’s Brewery, announced they would be closing their doors at the end of the month.

In a statement posted on their website, the owners said in part: “This year the restaurant and hospitality industry has received an insurmountable and devastating blow. The collapse of the economy due to COVID-19, the enormous loss to our tourism industry, the cancellation of the cruise ship season to our city partnered with the constant struggle to meet our daily financial obligations have all factored into this hard business decision.”

Businesses on Spring Garden Road say they’ve been dealing with more than just the pandemic over the past year, like a crane collapse during Post-Tropical Storm Dorian last September and ongoing construction.

"The challenge currently, you know, for businesses before post-pandemic was the amount of construction down here. No notice that streets are closed off. It's been an ongoing issue that I've brought to the city's attention numerous times,” said Sue Uteck, executive director of the Spring Garden Area Business Association.

Despite losing business from cruise ships, Karla Gullanger says things are starting to pick up at Twiggz, a children’s store on South Park Street, thanks to Atlantic Canada’s tourism bubble.

"It has sort of been one thing after another here, with the crane collapse and also with the construction after the fact and that impacts parking of course,” she said. “The concern as with everyone is how long to stay open, although, again, I'm saying we're pretty positive about that. We'll just see I guess, when schools get back what that looks like.”

There could be more blows in store for Spring Garden Road in the future. An entire block is set to be demolished and it’s unclear how many businesses will relocate in the area.

With retail, restaurants and hotels down significantly, Sue Uteck is calling on the federal government to help.