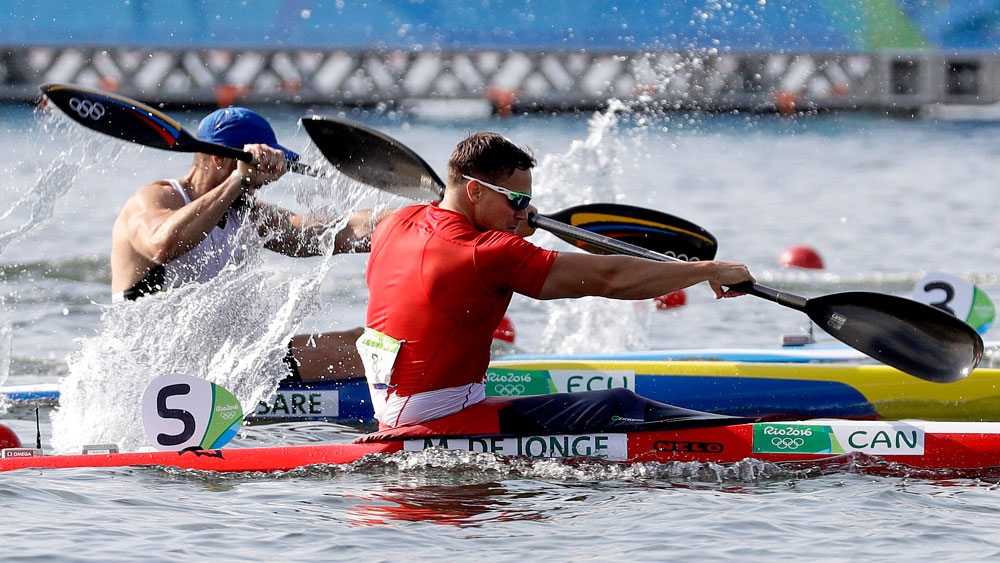 RIO DE JANEIRO -- World champion Mark de Jonge will not be taking a medal home from the Rio Olympics after a seventh-place finish in the 200-metre men's singles event.

Liam Heath of Britain won gold in 35.197 while Maxime Beaumont of France was second in 35.362 and Spain's Saul Craviotto and Germany's Ronald Rauhe shared bronze at 35.662.

Canada has struggled at Rio's picturesque Logoa Stadium. The rowing team came away with just one silver medal last week while the canoe/kayak squad failed to reach the podium. The rowers and paddlers combined for five medals four years ago in London.

De Jonge squeaked into the final by just three one thousandths of a second on Friday. A photo finish was needed to determine if he had nabbed the fourth and final qualifying spot in his semifinal.

A bronze medallist in London four years ago, de Jonge was among the favourites heading into the event after winning the last two world titles.

After failed attempts to qualify for the Olympics in 2004 and 2008 at longer distances, de Jonge worked full-time for three years with an engineering firm before taking a leave of absence to focus on making the 2012 Games when the 200 metres was added.