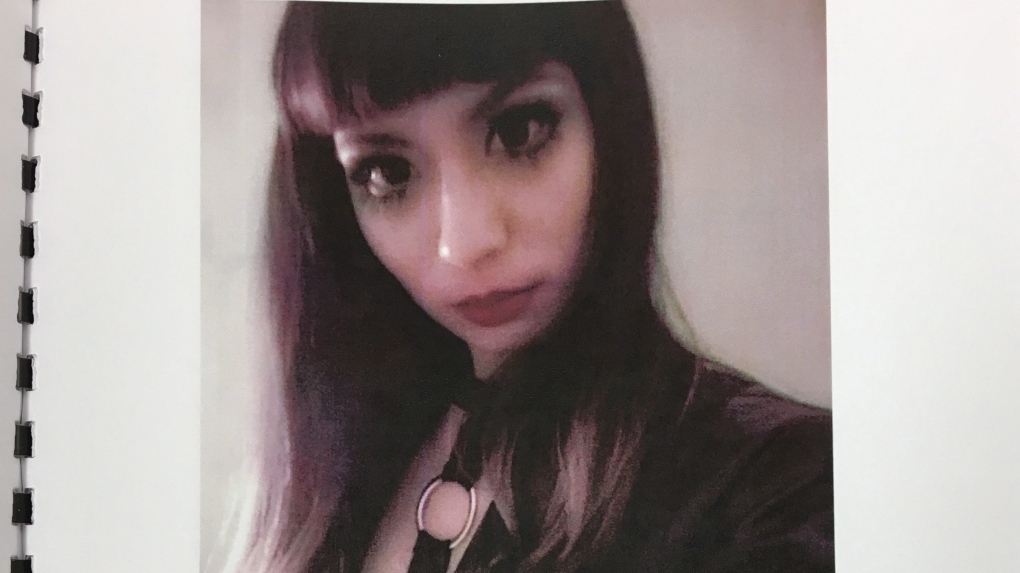 This photo is part of the evidence entered as exhibits in the sentencing hearing for Lindsay Souvannarath, who pleaded guilty to conspiracy to commit murder last April. (THE CANADIAN PRESS/HO)

HALIFAX -- It's a modern-day suicide note: Four paragraphs to be posthumously published online the day after a planned Valentine's Day massacre at one of Atlantic Canada's busiest shopping malls.

"Perhaps you have already heard the news of a mass shooting in Halifax," Lindsay Souvannarath says in a queued blog post entitled "Der Untergang" -- The Downfall.

"This is where you'd expect me to post my reaction to it, but unfortunately I have no reaction, for I am now dead," she says. "My head has been broken apart with a single shotgun shell."

The scheduled Tumblr post came to light this week as an exhibit in Souvannarath's sentencing hearing for conspiracy to commit murder, a year after she pleaded guilty to the crime.

The suicide note is among reams of evidence that illuminate the potential motivations of the young college-educated woman from a leafy suburb of the U.S. Midwest.

The suicide letter exposes the disturbing mind set of a would-be killer, the final act in a horrific plan set for Feb. 14, 2015, in the food court of the Halifax Shopping Centre.

Co-conspirators Souvannarath and James Gamble planned to throw Molotov cocktails into the crowd and then open fire, killing as many people as possible before turning the guns on each other.

The planned attack was thwarted by police after an anonymous tip was received by Crime Stoppers, but not before Souvannarath boarded a plane in Chicago, Ill., for Nova Scotia.

Gamble killed himself as police surrounded his Halifax-area home while Souvannarath was arrested at the airport. A third accomplice -- a local man described in court as the "cheerleader" of the murderous plot -- was sentenced to a decade in jail.

The thousands of pages of evidence in the case show how close the bloodshed came to being carried out.

In the intended suicide note, she glorifies what she calls her "heroic longings" and says she fights "for principles, not politicians."

"It has always been my greatest dream to die in battle. But I do so not as a soldier, but as a murderer."

Souvannarath appears to reference German philosopher Friedrich Nietzsche, saying "my hate is beyond good and evil."

"What morality is depends on which end of the gun you are looking at," she says. "With a gun in my hand, I am God."

The American also equates love with weakness, saying it softens the spirit while "hate sharpens the mind."

"In all my twenty-three years of life, I have never learned to love another person," she says. "I receive love, but it passes through me like water through a sieve."

She writes about the "wonder of isolation" and severing bonds with humanity to be "free from empathy."

Souvannarath, now 26, has been held at the Central Nova Scotia Correctional facility in a Halifax-area industrial park since her arrest three years ago.

During her incarceration, a prison guard found this scrawled on the back of a Sudoku puzzle in Souvannarath's cell: "It is a strange feeling to meet someone and almost immediately know that you ought to die with them."

"To James and I, it happened simultaneously. At first we were casual acquaintances having discovered each other's Tumblr blogs through a mutual interest in the Columbine shooting and in National Socialism. Less than a month later, we were planning our deaths."

The Crown is recommending a sentence of 20 years to life in prison, while the defence says the sentence should be 12 to 14 years, with credit for time served.