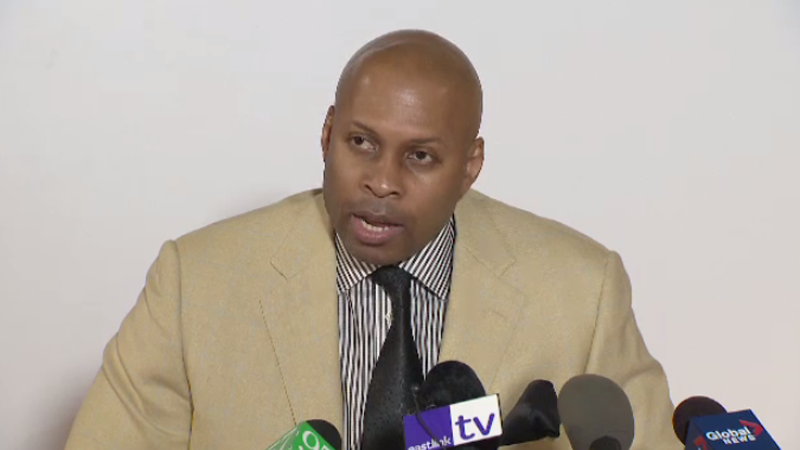 Halifax Rainmen owner Andre Levingston speaks to the media on May 4, 2015.

HALIFAX -- The company that owns a professional basketball team in Halifax that forfeited a championship game this spring has filed for bankruptcy.

A public relations company says in a news release that supporters of the Halifax Rainmen were informed of the decision over the weekend by owner Andre Levingston.

"While it's disappointing to see this chapter end, I can hold my head high knowing that we did everything we could have done," Levingston said in the release.

The team forfeited its last game to the Windsor Express in April, citing safety concerns following an altercation between the teams before the final game to determine the champion of the NBLC.

As a result, the league handed out $90,000 in fines, suspended 11 Rainmen players and permanently barred the coach and assistant coach from the league.

At the time, Levingston said the team would be back on the court next season despite the fines and suspensions.

League commissioner David Magley says in a statement he is confident there will be a team from Halifax playing in the league next season.

A representative for accounting firm Grant Thornton confirmed via email that the Rainmen owners had filed for bankruptcy and Grant Thornton would act as the trustee.