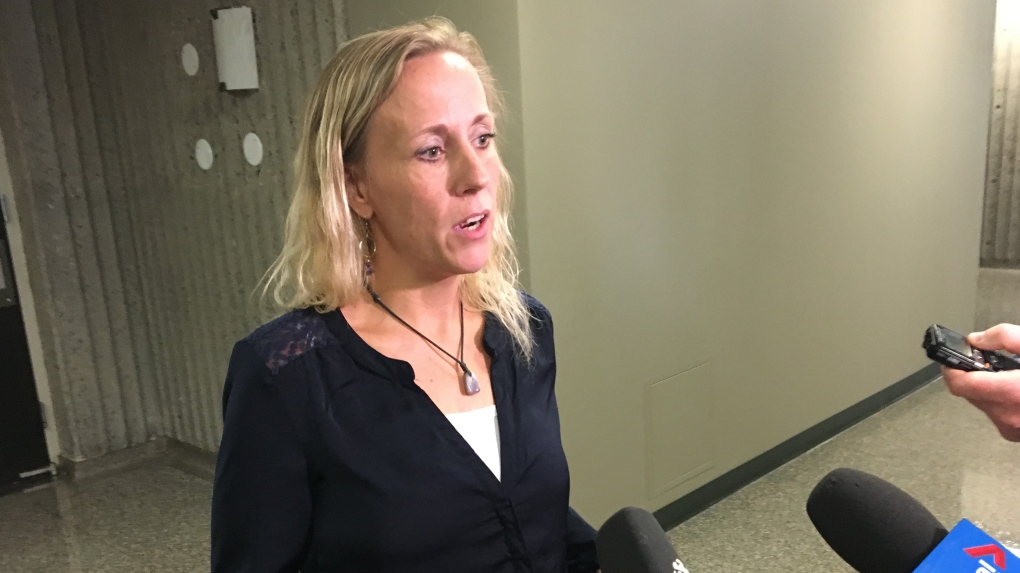 HALIFAX -- A 43-year-old Nova Scotia woman who says she experienced a nightmarish sexual assault is taking legal steps to compel a review of her complaint that municipal police badly mishandled her case.

Carrie Low says that after she was taken in a car, driven to a site outside Halifax and assaulted last year, police didn't visit the scene where she alleges the crime occurred, missing an initial chance to secure evidence.

"I had indicated (to police) that my underwear and one shoe was missing that morning," she said in court documents.

Following a Nova Scotia Supreme Court hearing on Monday, Low also said she underwent a forensic examination the day after the May 2018 assault, spoke to an officer at the hospital and had her clothing placed in an evidence bag, but her clothing wasn't picked up as potential evidence for 10 days.

"I was fighting this on my own, making inquiries, making phone calls, asking to speak to supervisors. I was asking, 'Why aren't my clothes getting picked up?' ... Ten days later I finally got to talk to a supervisor and my clothes were picked up," she recalled.

Low said she only found out in September 2018 that her clothing wasn't sent for processing, and investigators told her that it could no longer be used as evidence due to the delays.

"As the investigation is currently ongoing, we are not in a position to discuss specifics," the statement said. "However, we can confirm that an internal review is being conducted to look into the exact circumstances at the direction of the chief of police. The intent is to examine our response to the criminal complaint, and review the steps taken, the timeline of these steps and whether things could have been done differently."

Low has said she blacked out through much of the incident but has had brief and painful recollections of waking to being assaulted. She said she was able to identify the location.

She said she also believes she was drugged while she was having a drink at a neighbourhood pub, but evidence to confirm details of what was in her blood wasn't immediately sent to a lab for processing.

Her affidavit to the Nova Scotia Supreme Court says the toxicology report had not been conducted "as of one year following the sexual assault," and Low said she was told in July that investigators were still waiting for results of the toxicology tests.

Earlier this summer, Low received a letter from Nova Scotia's office of the police complaints commissioner notifying her that her case wouldn't be reviewed because it wasn't made within a six-month time limit.

Lawyers with the Elizabeth Fry Society are now attempting to have that decision reversed and for her complaint to be processed, and court dates were set aside Monday to hear the case in Nova Scotia Supreme Court beginning March 3, 2020.

Low told reporters outside court that six months is too short a deadline for an emotionally distraught survivor of a sexual assault to realize they may have been treated improperly by police -- and to lodge a complaint.

Regulation 29 of the province's Police Act states: "If a complaint is made more than six months after the date of the occurrence that gave rise to the complaint, the complaint must not be processed."

In her letters refusing the case, Judith McPhee, the police complaints commissioner, says the complaint against the constable Low first encountered in May 2018 was an event that occurred "beyond the six-month time limit" and she has "no authority" to extend the limit.

However, Jessica Rose, the lawyer working with the Elizabeth Fry Society on the case, said McPhee incorrectly based her decision on the idea only a single officer was involved in Low's complaint, "rather than unknown officers and the police department generally."

Rose said her group will also argue that under the Charter of Rights and Freedoms, the Nova Scotia regulation should be struck down as unconstitutional.

Mark Furey, Nova Scotia's minister of justice, said in an email that he's familiar with Low's case and aware of the statute of limitations.

"This is something we are looking at," he said in a statement. "The Department of Justice regularly reviews legislation and regulations to ensure they meet the needs of Nova Scotians."