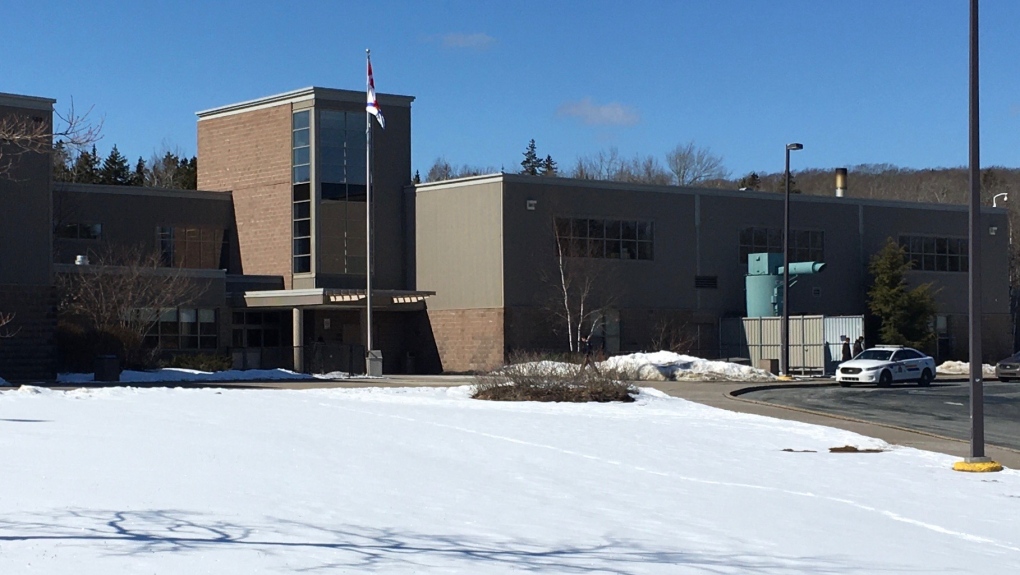 Police and Halifax Regional Centre of Education made the decision to place the high school in lockdown while police deal with a situation in the area.

An 18-year-old man has been arrested following a weapons complaint that put Lockview High School in lockdown and two other schools in a 'hold and secure' state.

Police have not confirmed where the suspect was arrested.

"At about 12:57 p.m., we arrested an 18-year-old male and we recovered the item that was the subject of the complaint; the weapon," said N.S. RCMP Cpl. Jennifer Clarke.

RCMP responded to a weapons call at Lockview High School around noon on Monday.

Police and HRCE made the decision to place the high school in lockdown while police dealt with a situation in the area.

In a letter sent home to parents from the principal at Lockview High School, Bernie MacEachern, it read: "Today, we had a lockdown at Lockview after a student shared information that two men were in close proximity to the school property, possible in possession of a weapon."

"Administration instantly put the school in lockdown and phoned the RCMP. They immediately arrived at the school and assisted in securing the building."

HRCE sent out a tweet at 1:20 p.m. saying “Lockdown at Lockview High School has been lifted. Hold & Secure at area elementary & junior highs lifted as well. Everyone is safe. Schools will be updating parents later today. Thanks to RCMP N.S. for keeping our communities safe."

RCMP confirm a handgun has been recovered nearby.

Nobody was hurt during the incident.

#Halifax District RCMPNS responded to a weapons call at Lockview High today at 12:09 p.m. The school went into Lockdown. RCMP arrested an 18-year-old male at 12:57 p.m. The weapon has been recovered. No one was hurt.