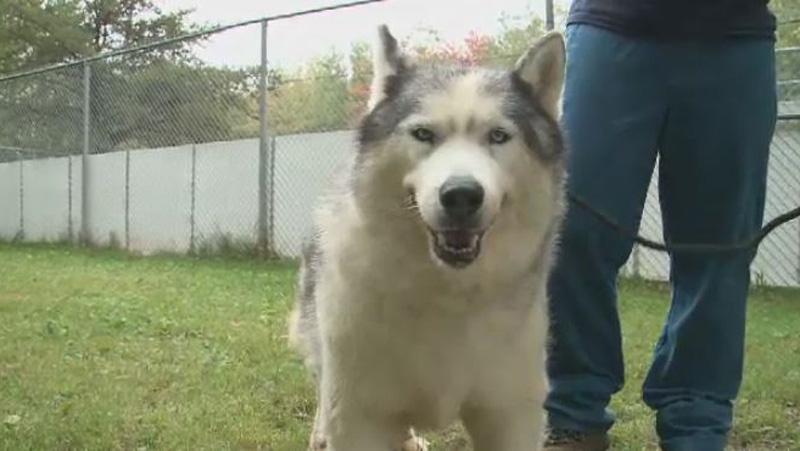 Zackary, a husky with separation anxiety, is still searching for his forever home more than a year after being turned in to the Greater Moncton SPCA.

A husky with some separation issues is still searching for his forever home after being turned in to the Greater Moncton SPCA last year.

Zackary arrived at the shelter in April 2016 along with 18 other huskies – all sled dogs that could no longer be cared for by their owners.

Zackary is the only dog left at the shelter. He has been adopted a couple of times, but was returned to the SPCA because he has separation anxiety.

Nanette Pearl, the director of animal welfare at the Greater Moncton SPCA, says the need for adoption is even greater after Zackary lost a good friend.

SPCA volunteer Bill MacLean had taken a shine to the 12-year-old husky, and Pearl says Zackary felt the same way about MacLean.

“You could see them look forward to each other when they came,” says Pearl. “You would see Zackary perk up and Bill perk up.”

MacLean passed away earlier this year, but not before one last visit with Zackary.

The bond was so tight between the pair that Pearl even brought Zackary to MacLean’s funeral, so he could say one final goodbye.

Now, the SPCA is hoping Zackary will find a new friend, and a new home.

“He’s a very, very sweet dog. He’s very kind,” says Lindsay Martell of the Greater Moncton SPCA. “He’s a little bit older, so we’ve got to take it a little bit slower with him.”

Pearl says Zackary is looking for owners who are patient, and familiar with separation anxiety. He would prefer a quiet home with adults, and preferably, another dog.