Hot air from Texas will turn up the heat on the Maritimes, may break records

Temperatures will soar in the Maritimes on Thursday and a number of records could be challenged by the hot spell.

HALIFAX -- A large area of high pressure centred over southern Ontario is drawing hot air out of Texas, up through the U.S. Midwest, and across eastern Canada into the Maritimes. 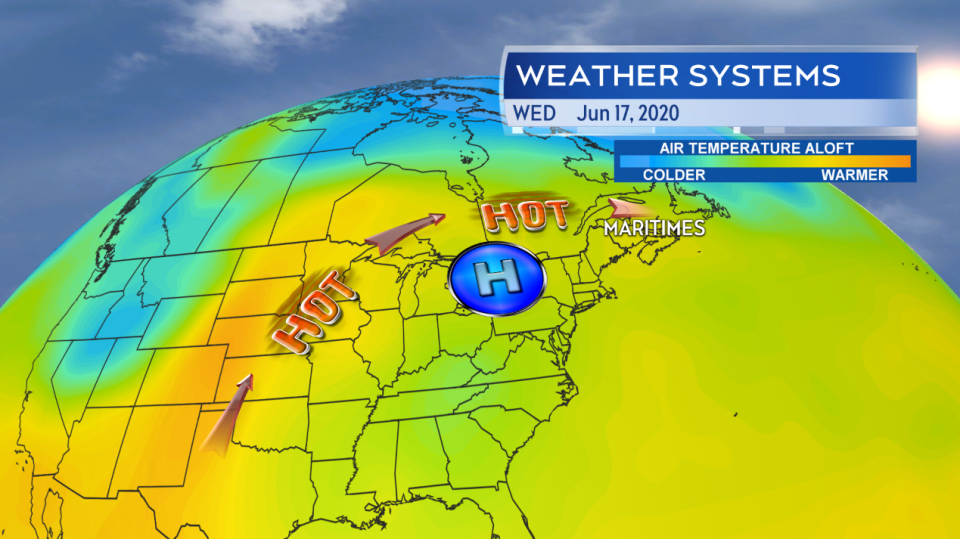 A strong area of high pressure is circulating the atmosphere clockwise around it. This is drawing hot, but not overly humid, air sourced from the southern US and into the Maritimes.

The air isn't overly humid, since it is continental based, but when combined with our sunny stretch of weather will result in some very hot days ahead. Forecast highs in areas of New Brunswick tomorrow are near the mid-30s. Inland areas of Nova Scotia and Prince Edward Island will hit the high-20s and low-30s. The heat will be moderated on parts of the coast as sea breezes blow in off surrounding ocean waters with surface temperatures of 7 to 11 C. 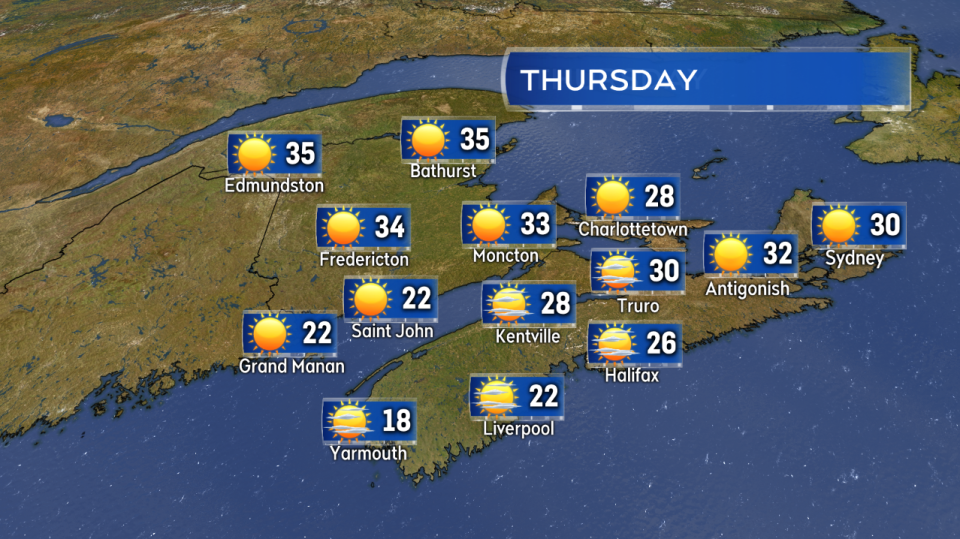 A June scorcher for inland areas of the Maritimes on Thursday. Temperatures will be more moderate on the coast due to a sea breeze.

Many of the standing record highs in the region tomorrow could be challenged, particularly in New Brunswick.

While high temperatures on Thursday for P.E.I. and Nova Scotia will be generally a few degrees cooler than New Brunswick, it is possible sites in those two provinces could also approach or break standing records.

While temperatures may peak on Friday, the heat does not break on the weekend. In fact the hot weather pattern may extend into next week. Over that time it also looks quite dry.

There are some low shower chances this weekend and early next week. That said if any showers do occur they look like the spotty, summer type showers that don't bring in a soaking rainfall. Given the soaring temperatures and lack of rain it is advisable to check in frequently on the fire weather danger and any burning restrictions that may be in effect. The Canadian Drought Monitor does list parts of the Maritimes as having abnormally dry conditions or a moderate drought. 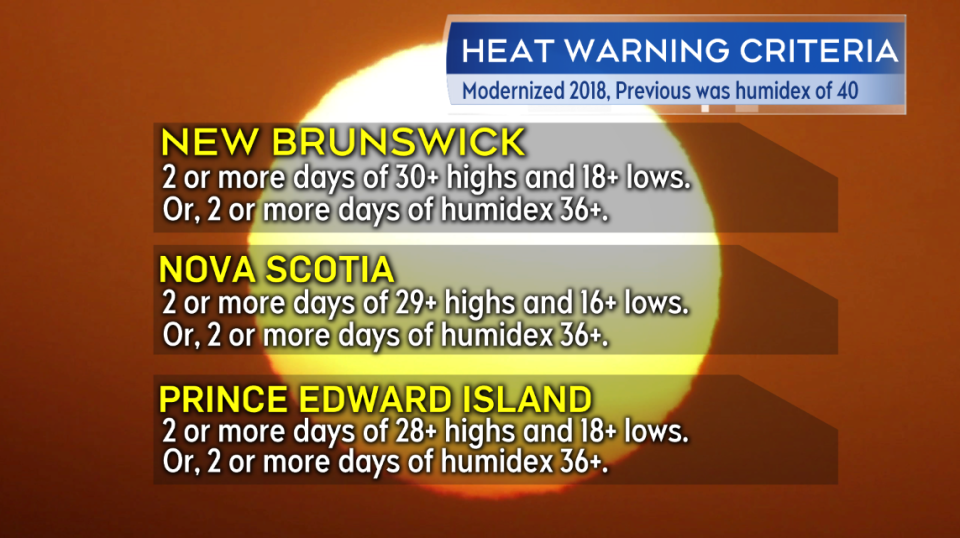 The current criteria for heat warnings to be issued for the Maritime provinces. Essentially consecutive days that are hot along with warm nights without the level of cooling we are typically used to.

Be mindful of pets and check in on those who may be more vulnerable during a lengthy stretch of hot days and warm nights. Heat warnings have been issued for New Brunswick by Environment Canada and a special weather statement is in effect for P.E.I. and parts of Nova Scotia stating that heat warnings are likely to come for those provinces as well.