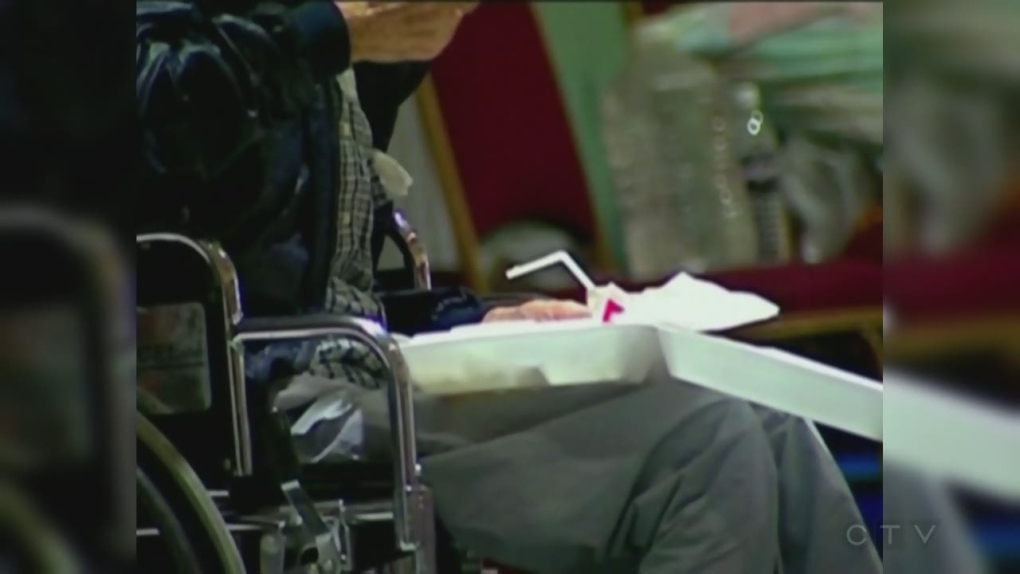 HALIFAX -- A spike last year in the number of nursing home workers seriously injured due to violence from residents is a disturbing trend that shows the urgent need for a change in workplace culture, says the chief executive of the Nova Scotia Worker's Compensation Board.

Stuart MacLean says new statistics from his office show there were 40 nursing home workers who ended up off work and receiving payments due to injuries in 2015. He says that's a significant rise from the 28 workers off in 2014 due to the injuries caused by violence.

"I think the trend is disturbing for sure," he said during an interview.

"If it is happening frequently, it's just a matter of time until something serious takes place."

His comments come just days after a freedom of information release from the chief medical examiner showed eight deaths due to resident-on-resident violence in Nova Scotia nursing homes, with five never revealed to the public before.

Figures provided by the board also show the number of nursing home workers off due to violence is close to double the 22 hospital workers who are off due to the same issue, even though hospitals have far more employees.

MacLean says the problem of violence-based injuries to health workers has been known for some time, but that the figures in the nursing homes continue to stand out as being among the worst.

"The most problems we're experiencing ... is in long-term care and in home care. That's where you get the big numbers," he said.

The Nova Scotia Nurses Union produced a report last fall highlighting the issue and calling on the province to do more to reduce the injuries of both residents and employees in nursing homes caused by punches, pinches, scratches, bites, kicking, grabs or other forms of violence from residents.

It has recommended the hiring of more nurse practitioners, increased workplace training and detailed risk assessments of the homes.

The report argues that the injuries from aggression among residents with dementia and other illnesses could be reduced with higher staffing ratios, allowing for closer observation for signs of aggression and strategies to de-escalate potential outbursts.

"Time and again, the nurses spoke about moral exhaustion arising from their inability to provide the level of care they are trained for and that residents deserve," the report said.

MacLean said he is pleased that the nursing unions have highlighting the issue, adding he's hopeful their efforts will kick off a safety push and a change in workplace culture.

"We have to find a way for people to protect themselves, and to only do something if they can do it safely," he said.

Health Department spokesman Tony Kiritsis said in an email that occupational health and safety inspectors from the Department of Labour and Advanced Education are increasing visits to long-term care facilities to educate workers and employers, while the Worker's Compensation Board has issued a request for proposals for a consultant to develop a plan to address healthcare injury rates.

However, Sheri Gallivan, a registered nurse in Halifax who has worked in nursing homes for over 20 years, said in an interview the issue remains an urgent and serious worry for staff.

"Dementia is definitely on the rise. We also have mental illness creeping in. And some of the mental illness or dementia clients are younger ... They are still agile," she said.

"I think the challenge is that core staffing levels aren't where they need to be," she said, adding that demands on staff have increased as the health problems of residents have increased.

The NDP's health critic has said that the province's budget reductions for the long-term care facilities -- which include nursing homes and residential care facilities with lower levels of care -- may cause the problem to get worse over the next year.

Kiritsis said in an email the budget reductions are due to a shifting of resources towards providing care for people who remain in their homes.

"We are asking long-term care facilities to find ways to become more efficient that will not impact the care offered to residents," he said.

"This has resulted in a one per cent reduction to some long-term care facilities, totalling $3.1-million. These administrative savings can be accomplished in many ways that preserve the care residents receive, for example, through group purchasing of food, and other shared services."