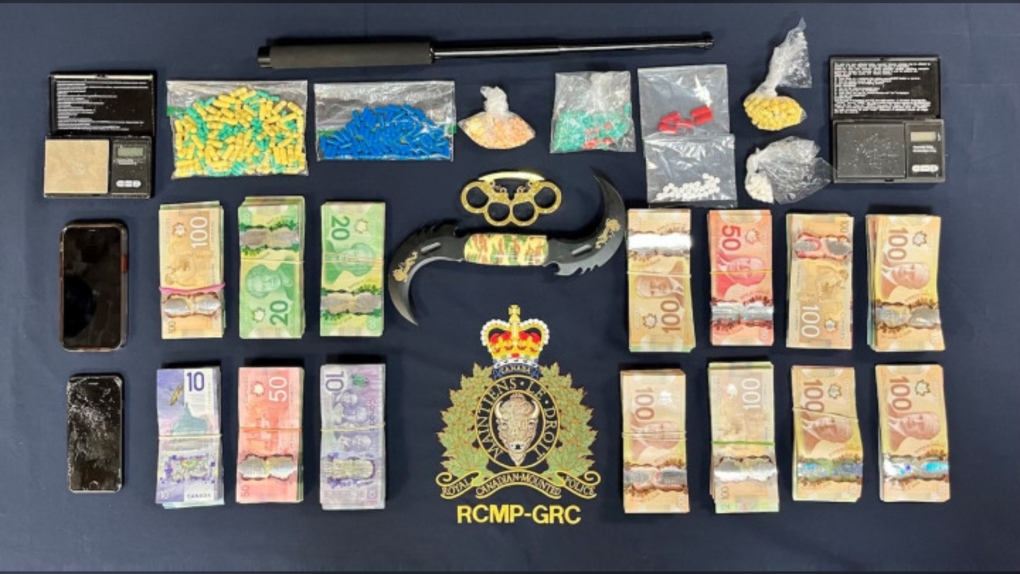 An ongoing investigation in relation to drug trafficking led by the New Brunswick RCMP has resulted in the seizure of drugs, prohibited weapons, money, and several stolen items near Shediac.

On Thursday, police say a search warrant had been executed around 1:30 p.m. at three locations in Boudreau-Ouest, Pointe-du- Chêne, and Shediac, N.B.

According to police, a large amount of money, prohibited weapons, items, and what are believed to be hydromorphone and fentanyl pills were seized.

While on scene, police say three people in their 30s and 40s were arrested.

A 39-year-old man of Boudreau-Ouest, who police say was in violation of his parole, returned to the custody of Correctional Service Canada with a pending court appearance on Aug. 2.

According to police, a 35-year-old woman, also from Boudreau-Ouest, was arrested and later released on conditions with a pending court date of Aug. 2.

"The investigation was conducted by the Provincial Crime Reduction Unit, which includes police officers from the New Brunswick RCMP and Fredericton Police Force. Members of the Shediac RCMP assisted with the searches," said RCMP in a news release.

Anyone with information or who suspects illegal drug activity in their area is asked to contact local police or Crime Stoppers.

A new study by climate scientists suggests some 'hot spot regions' around the world contain ecosystems that are at-risk due to water availability.