'It's gonna be ugly:' Newfoundland and Labrador's billion-dollar elephant in the room 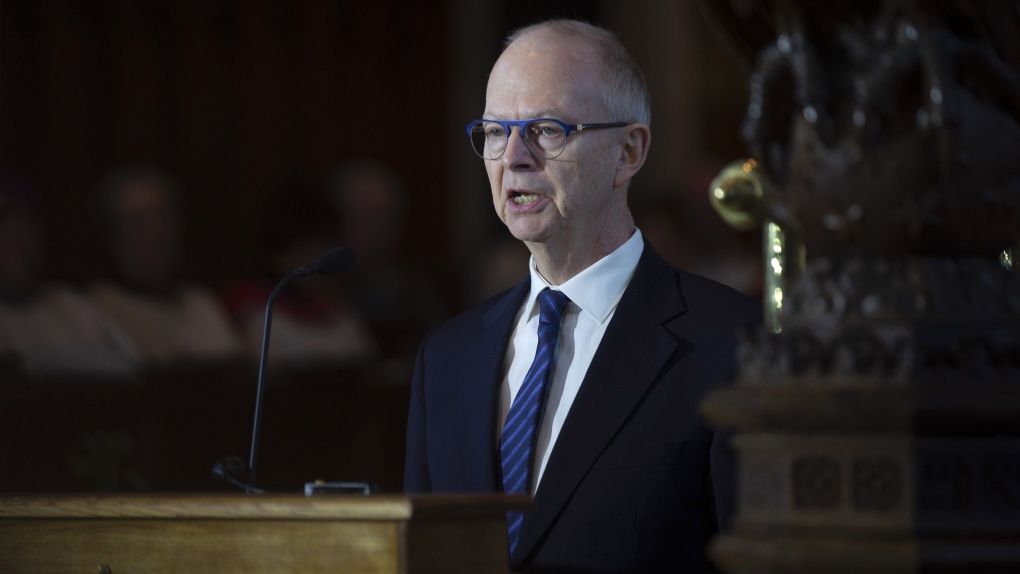 Ches Crosbie, leader of the Newfoundland and Labrador Progressive Conservative party, is the only leader that has brought up in any significant way during the election campaign the possibility the province is going bankrupt, says Russell Williams, a political scientist at Memorial University in St. John's. (THE CANADIAN PRESS/Paul Daly)

ST. JOHN'S, N.L. -- When Saskatchewan nearly went bankrupt in the 1990s, there was a joke told repeatedly in the province, according to economist Jason Childs: "What do you get your kids for graduation? Luggage."

The financial problems of the prairie province in the early 1990s are playing out today in Newfoundland and Labrador, but experts say the issue is not getting enough attention during the election campaign, which is almost halfway done.

Ottawa eventually bailed out Saskatchewan -- after that province dropped an austerity budget that included rural hospital closures and service cuts, leading to some small towns emptying out and disappearing. Newfoundland and Labrador will likely have to take similar measures, Childs, professor at University of Regina, said in an interview Monday.

The Atlantic province of about 520,000 people is on the brink of insolvency, with a net debt of $16.4 billion. The province spends more on debt servicing than on any government service other than health care.

"It is going to hurt a lot," Childs said, about the sacrifices the province will have to make to course correct. "Is it doable? Yes. Is it pleasant? Absolutely not." The government should begin by shoring up mental health services because people are going to need them, Childs added.

Saskatchewan's brush with insolvency comes up frequently in discussions about Newfoundland and Labrador's finances, but there are stark differences between the two provinces' situations, say both Childs and Russell Williams, a political scientist at Memorial University in St. John's.

Saskatchewan's economy began to rebound shortly after Ottawa stepped in. Newfoundland and Labrador's economy, by contrast, shows no signs of rebounding, Williams said in an interview Monday. The province's offshore oil industry is still in trouble, he added, despite recent cash injections from the federal government.

Any decision to further support the oil and gas industry would need Ottawa's backing because Newfoundland and Labrador doesn't have any more money to distribute. "We don't have the ability to make direct policy interventions without help from the federal government on a case-by-case basis," he said.

Williams said he likens Newfoundland and Labrador's situation to a kind of receivership, where the lenders are the ones with the real power to make decisions. And with voting day on Feb. 13, only Progressive Conservative Leader Ches Crosbie has brought up in any significant way the possibility the province is going bankrupt, he added.

Though Williams doesn't agree with Crosbie's claims he'd be able to strong-arm Ottawa into an arrangement that suits the province, he said he's glad at least someone is talking about it.

Williams said he worries that discussion and answers to those questions will be kept behind closed doors. Liberal Leader and incumbent Premier Andrew Furey assembled an economic recovery team in the fall, but after a dramatic resignation by a provincial labour leader, it was revealed that members had to sign a non-disclosure agreement. Voters will not see a first draft of the team's findings or its recommendations before the election.

As for Ottawa, Childs said there's likely not much appetite to provide the same type of relief given to Saskatchewan. There are a few provinces in trouble because of the COVID-19 pandemic, Childs said, noting that Ontario's debt-to-GDP ratio is only slightly lower than Newfoundland and Labrador's. "Is there going to be a lot of support for bailing out Newfoundland (and Labrador) at the federal level, when Ontario is in arguably as much trouble?" he asked.

That reality leaves Newfoundland and Labrador in a difficult place, Childs said, adding, "It's gonna be ugly." But there are some lessons to take from Saskatchewan's experience, he said.

Childs said that In 1993, then-Saskatchewan premier Roy Romanow identified a few key services government wanted to protect: kindergarten to grade 12 education as well as health care and social services. Romanow put everything else on the chopping block and did his best to communicate with citizens, Childs said.

"He said: 'Here are the books. What do we do?' and had that conversation in a meaningful way," Childs said. "And he got re-elected."

This report by The Canadian Press was first published Feb. 1, 2021.