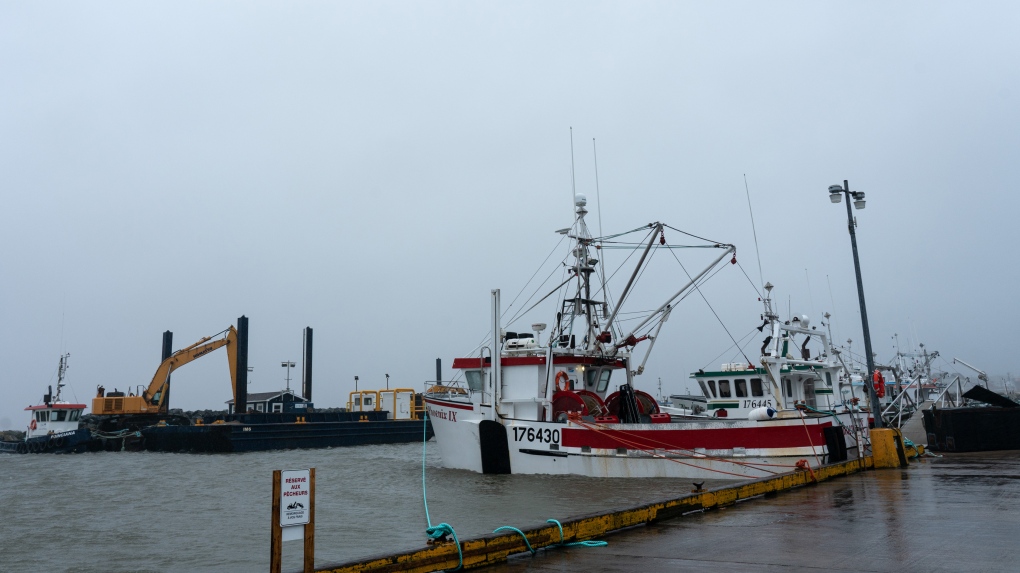 The impact of post-tropical storm Fiona on Atlantic Canada's fishing industry is still being tallied, but Osborne Burke already knows just how bad it could be.

Burke, general manager of Victoria Co-operative Fisheries in Neils Harbour, N.S., says it will cost up to $2 million to repair the high-tech seafood processing operation, which was torn open by hurricane-force winds and a destructive storm surge last Saturday.

"We have major damage," he said in an interview Friday, adding that no one was injured. "We were front and centre."

Burke said the co-operative, in operation since 1956, was well-prepared for the storm. Staff stopped production last Thursday to allow them time to install barricades and pull fishing boats from the water. But the shrieking winds and 2.5-metre storm surge were too much for the building.

"It overwhelmed the facility," Burke said. "The wall facing the ocean, it took that wall out completely."

The co-operative, which buys a variety of seafood from seven harbours, received a $3-million upgrade only 18 months ago. Its crab cooker alone was worth $1 million. With sales of $50 million a year, the plant ships product across Canada, the United States, Europe, China, Singapore, Taiwan, South Korea and Japan.

"Everything was basically destroyed in there," Burke said. "It's hard to imagine, considering it looked as clean as a hospital a week before."

Meanwhile, major damage to fishing boats and small-craft harbours has been reported in Nova Scotia's eastern mainland, Cape Breton and P.E.I. Power outages have made it difficult to assess the damage along Nova Scotia's north shore.

The Gulf Nova Scotia Bonafide Fishermen's Association says smaller fishing communities in the province are still without electricity and internet service, which is making it difficult for the group to assess the impact of the storm on all its members.

Earlier this week, the federal Fisheries Department said five of the 180 harbours in the region were no longer operational, another 99 were partly working and 20 would need further assessment. Fisheries Minister Joyce Murray said she expects the number of unusable harbours to increase as inspections continue.

Gordon Beaton, vice-president of the Nova Scotia wing of the Maritime Fishermen's Union, said he had received reports that a large gear shed in Cribbons Point, N.S., had its roof torn off.

"It flew down and landed on a few guys' boats," said Beaton, whose union represents more than 1,300 inshore fish harvesters in New Brunswick and Nova Scotia. "Fairly major repairs are needed for some guys' vessels."

The breakwater in Arisaig, N.S., on Nova Scotia's north shore, was badly damaged, he said, adding that there are reports that those now fishing in Lobster Fishing Area 25 are having trouble retrieving their traps from the Northumberland Strait.

He said the storm caused such a commotion in the strait that many lobster traps were cut loose from their buoys or buried by heaving sand on the bottom. "Even if they can find the traps, the ropes aren't sufficient to pull them up," Beaton said. "Sometimes they're just so full and stuck to the bottom that they break off."

"Our captains made every effort to prevent and minimize damage to their fleets, but as all Islanders are finding, this has been a storm without equal," the association said on its Facebook page.

The damage in Stanley Bridge, P.E.I., on the Island's north shore, was so bad that it attracted national attention when Prime Minister Justin Trudeau showed up for a brief visit on Tuesday.

In Charlottetown, P.E.I. Premier Dennis King said Friday the damage to the Island's fishing operations has been severe.

"If you make a living on the water and you come through the hurricane we came through with that storm surge, there's very little that hasn't been impacted on the water," King told a news conference. "There's a lot of damage in our bays and estuaries all across P.E.I."

He said the Island's north shore bore the brunt of the hurricane-force winds. And he said the storm dealt a blow to the province's lobster, mussel and oyster industries.

"It's, quite frankly, a mess," he said. "We're trying to work with our producers and processors to find a way to get through the initial shock of this and find a way forward."

-- With files from Lyndsay Armstrong in Halifax.

This report by The Canadian Press was first published Sept. 30, 2022.

This is a corrected story. A previous version said Victoria Co-operative Fisheries is based in Glace Bay, N.S.