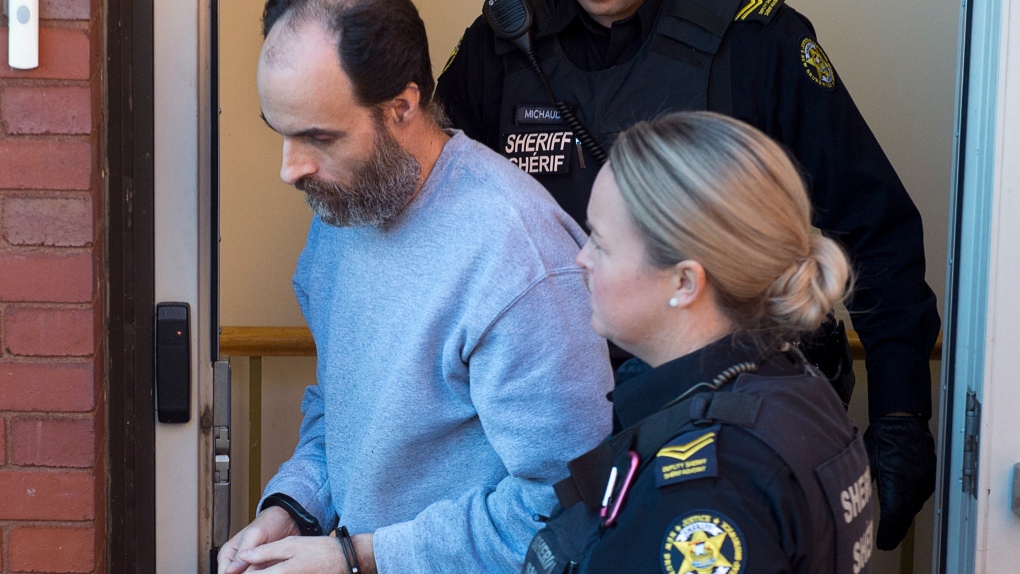 FREDERICTON -- A Fredericton man accused of murdering two police officers and two civilians in an August shooting spree has told a judge that he wants a new lawyer.

Matthew Raymond said he feels he has not been defended by his lawyer and wants a new one appointed.

The court was to have heard the Crown's application Monday for a psychological assessment, but that's on hold until Raymond's lawyer issue is settled.

During two previous court appearances, Raymond told the court that he had tried to fire lawyer Nathan Gorham numerous times.

Judge Julian Dickson asked Raymond to stand at the start of Monday's provincial court proceeding and asked him a series of questions.

"When you were before me on Oct. 22 you told me you had terminated your retainer with Mr. Gorham. Your words were 'I have fired Mr. Gorham.' Do you recall that?" Dickson asked.

"And last week when you were before me you said you had fired Mr. Gorham five times. Do you recall that?" the judge asked. And again the reply was "yes."

"Do you want Mr. Gorham to represent you?" Dickson asked. This time Raymond answered: "No."

"I have not been defended by him. I was supposed to have another lawyer here, but none is here," Raymond said.

"I am in the wrong clothes," he added. During previous court appearances Raymond has repeatedly complained about the orange jail-issued jump suit he has been given to wear.

Gorham told the court that Raymond wants to fire him, but keep his assistant, Spencer MacInnis, as the defence lawyer.

"This is somewhat of an unusual situation. I have had concerns over the last two weeks that the instructions we have been given may not be the result of a fit mind," Gorham said.

Last month, Raymond said he should be "exonerated" immediately because of temporary insanity, and that he has evidence that will show his innocence in the deaths of Fredericton police constables Sara Burns and Robb Costello, and civilians Donnie Robichaud and Bobbie Lee Wright.

The four were gunned down Aug. 10 outside an apartment complex in the city.

Last week, the 48-year-old Raymond said he now knows "what's going on" but that "what happened in the past is something else."

Crown prosecutor Darlene Blunston has said she would be asking the court for a 60-day psychological assessment, but on Monday she said the issue of Raymond's counsel had to be determined first.

Dickson asked Raymond if he had spoken to another lawyer, but Raymond said "No."

"You agree you need a lawyer?" Dickson asked. "You agree a lawyer must be appointed on your behalf?"

The lawyers and family members of the victims refused comment as they left the courthouse.

Raymond is alleged to have fired from his apartment window with a long gun, killing two civilians as they loaded a car for a trip, and two police officers who responded to the scene.