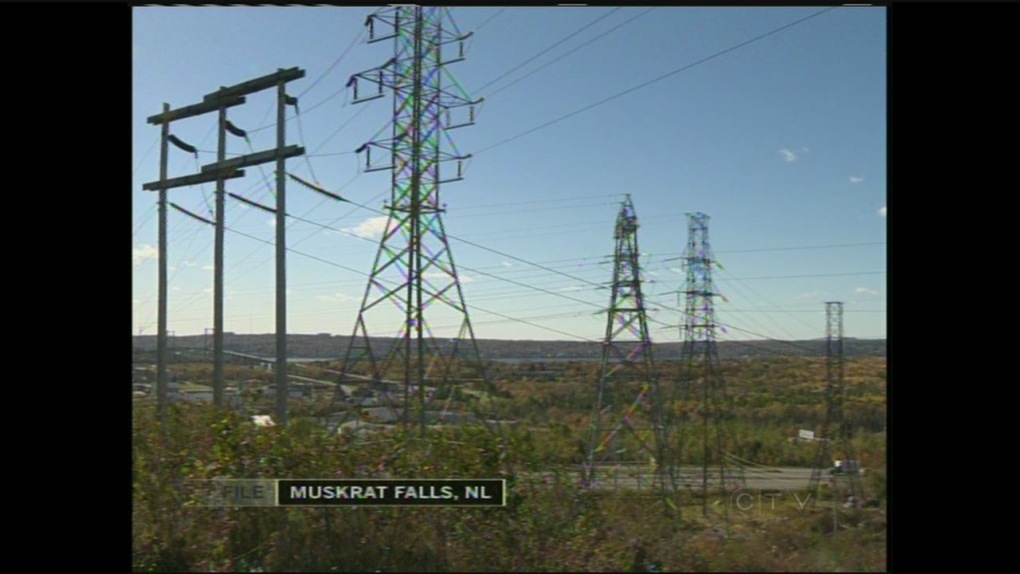 HALIFAX -- The revised commercial agreement that has become the linchpin for Nova Scotia's $1.5-billion Maritime Link project is "vague and misleading," consultants hired by the province's consumer and business advocates said Friday.

The consultants testified at the conclusion of a two-day public hearing held by the province's energy regulator, the Utility and Review Board. Final arguments are slated for Monday, when the province's new Liberal government will reveal its position on the development.

The province's former NDP government had supported the plan. The Liberals were highly critical of the deal before they were elected last month, but have had little to say since assuming office.

The board has conditionally approved the project, but it wants to make sure Emera has secured a so-called energy access agreement for market-priced electricity from Nalcor Energy, Newfoundland's Crown-owned energy company.

Consultant Paul Chernick, president of Resource Insight, suggested that Nalcor could increase the price of electricity sold to Nova Scotia Power by claiming it deserved a premium because it is green energy.

"It could be a big mess down the road," he told the hearing, adding that ill-defined portions of the complex agreement could keep lawyers in Atlantic Canada busy for years.

The province's small business advocate, Nelson Blackburn, has also suggested the energy access agreement does not meet the board's key requirement. And a group representing Nova Scotia's largest industries -- who are among the biggest consumers of electricity -- submitted a brief Friday saying much the same thing.

"Overall, the industrial group is concerned that the slim margin by which the Maritime Link was approved by the board may be eroded by the loopholes and weaknesses of the energy access agreement," it says.

"The document that was intended to provide comfort to (Nova Scotia Power) ratepayers has raised more questions than it has answered."

Later in the hearing, consultants hired by the board agreed that their analysis concluded the project and its commercial agreement represented a "close call" when it came to comparing the Maritime Link with Nova Scotia's other options for getting access to green energy.

Still, the board's consultants said the project and its energy access agreement represent a big step forward for a province trying to eliminate its dependence on coal-fired generating stations.

"All of a sudden, Nova Scotia Power has several tools it hasn't had before," said Brent Walker, a managing director at MPA Morrison Park Advisors.

Walker said Nova Scotia Power will have access to 24-month energy forecasts from Nalcor and it will have a de facto right of first refusal when it comes time for Nalcor to sell its electricity on the open market.

"There are some things that are in this agreement which will actually have a price-depressing effect," said Walker, suggesting these tools will actually drive down electricity prices for Nova Scotia Power and its customers.

Pelino Colaiacovo, another managing director at MPA, said the most important part of the agreement is that it gives a contractual assurance that a market will be created for Nova Scotia Power to buy electricity from Nalcor.

"Before, we had a concern that the market might not get created," he said, suggesting that without the agreement Nalcor could have found higher bidders for its electricity, bypassing Nova Scotia.

"The (energy access agreement) is providing legal certainty. ... In our minds, that's what satisfies the condition of the board."

John Merrick, Nova Scotia's consumer advocate, said he's not convinced the province's ratepayers will be getting good value for their money. He has complained that ratepayers are being subjected to undue risk because they will be paying for the link through their electricity bills.

"The amount that we will pay over the 30-some years of this transaction is very high, and we're not getting value for our dollar," he said.

However, Merrick said he found the testimony from Emera's consultant "helpful" in explaining how a new energy market will be created for Nova Scotia's benefit.

"If there's legitimacy to that contention, then that does give the (energy access agreement) some additional value that we hadn't been taking into account," he said. "We're going to have to go away and think about that."