HALIFAX -- Members of 12 Wing Shearwater and the Royal Canadian Navy in the Maritimes have been given authorization to wear a special memorial patch for the month of April, to honour the service members who died in a military helicopter crash last April.

The patch was created in memory of the six crewmembers killed when a Cyclone helicopter crashed into the sea off the coast of Greece on April 29, 2020 during deployment on HMCS Fredericton.

"For me, it's something special that I can put on my uniform," he says. "We're drawing close to that time. I know a lot of people in Nova Scotia especially will be having their moments, not just the Stalker 22 (tragedy), we have the Portapique shooting as well that we're coming up on again."

"This patch is a symbol of those that we remember," says Cowbrough.

He says joined the military around the same time as he did. He had signed up as a second career later in life. But Cowbrough says it was a true passion and a calling for his daughter.

"She just always seemed to know that this was where she was going to be and wouldn't accept otherwise," he says.

The idea was for the patch was developed by a group of service members who formed a memorial committee to honor the lives lost in the crash.

It was designed by a member of 423 Squadron at 12 Wing Shearwater, Sgt. Scott Galbraith. He was serving aboard HMCS Fredericton at the time of the tragedy. 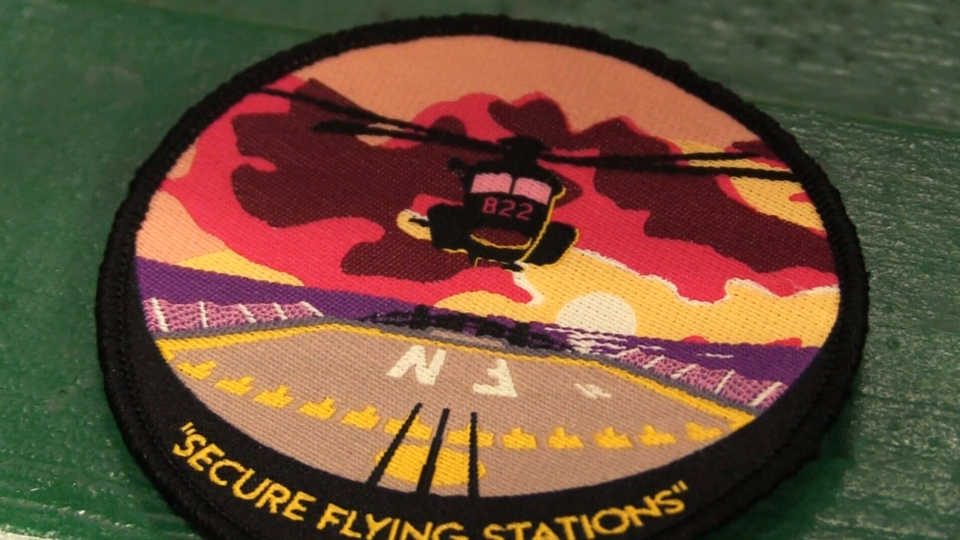 The design includes numerous symbolic elements: The patch is round to reflect the perspective of an observer looking through a hangar door porthole. There is a thick black edge at the bottom signifying a black mourning band. The sky is painted in a colourful sunset to match the actual weather at the time of the crash. The phrase: "Secure Flying Stations" indicates the ship will not recover the helicopter, further illustrated by the aircraft hovering above the flight deck, wheels up.

"It's something that helps, as a physical means to explain something that is abstract," says Maj. Simon Rocheleau. He was the detachment commander aboard HMCS Fredericton when the incident happened, and is Deputy Commander of 423 Squadron, the Maritime Helicopter Squadron. He's also part of the memorial committee. 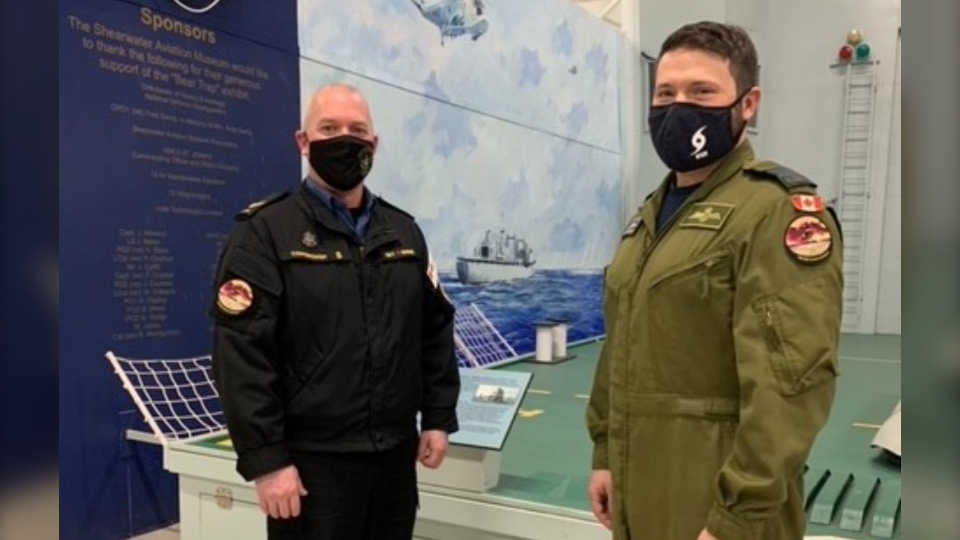 Maj. Rocheleau says the past year has been emotional.

"If I go about a year ago, we're all together, celebrating the halfway point of the deployment," he says. "So I actually have very joyful memories of them right now, it's bittersweet."

All service members with 12 Wing Shearwater and the Navy have been authorized to wear the patch up until April 29, the one-year anniversary of the crash.

​On that date, there is a memorial service being planned, although details have yet to be finalized.
Maj. Rocheleau says attendance in-person will be limited due to pandemic restrictions, but they are working on a way for a larger number of people to be able to watch the ceremony.

The patches are being manufactured and distributed to service members, but will also be available to members of the public to purchase as well.

Purchase can be arranged by calling the Shearwater Aviation Museum and patches are $10 each.
Maj. Rocheleau says the money raised will be used to help fund a permanent monument to the fallen service members at 12 Wing Shearwater, and any remaining money will go towards their families.

As the anniversary date approaches, Cowbrough says he hopes the patch will help offer some comfort to those who need it most.

"My condolences go out to the other family members, I know they're probably feeling much the same as I am," he says. "I'm sure they have their good days, bad days, miss their loved ones dearly. Hopefully, the patch will help them bring a little peace in their lives, and something of pride that you can put on to remember those who meant the most to you."​