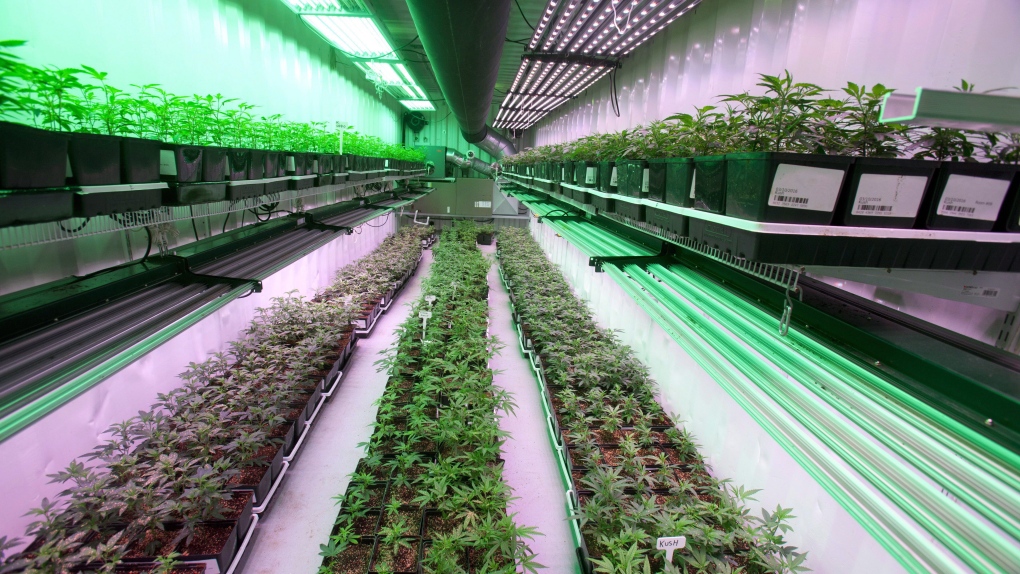 Organigram Holdings Inc. says it is laying off 220 employees in an effort to better align its production capacity with prevailing market conditions. (THE CANADIAN PRESS/Ron Ward)

TORONTO -- Organigram Holdings Inc. is laying off at least 220 employees -- and is warning more bad news could be on the way.

The Moncton-based cannabis company said Friday the cuts will impact a quarter of its staff, but make the workforce leaner, more flexible and better prepared to align its production capacity with market conditions.

"These decisions are never easy to make, but we are committed to ensuring the company is appropriately sized relative to market conditions," Organigram chief executive Greg Engel said in a statement.

The cuts will leave Organigram with a total workforce of 609 employees including 84 staff members who were previously temporarily laid off, but may be recalled if the company requires them.

Organigram also said it will work to "right-size" production and review its assets.

Both could cause Organigram to report a decline in net revenue in its forthcoming third quarter and incur writedowns on inventory and its Moncton facility, the company warned.

It also announced that for the foreseeable future Organigram will continue to cultivate less cannabis than its Moncton operation was designed to produce.

The company will instead focus on using new strains of plants to meet emerging consumer demand.

Organigram's cuts come as a handful of other Canadian cannabis companies including Aurora Cannabis Inc. and Canopy Growth Corp. have also turned to restructurings, writedowns and layoffs in an effort to keep their companies afloat.

This report by The Canadian Press was first published July 3, 2020.